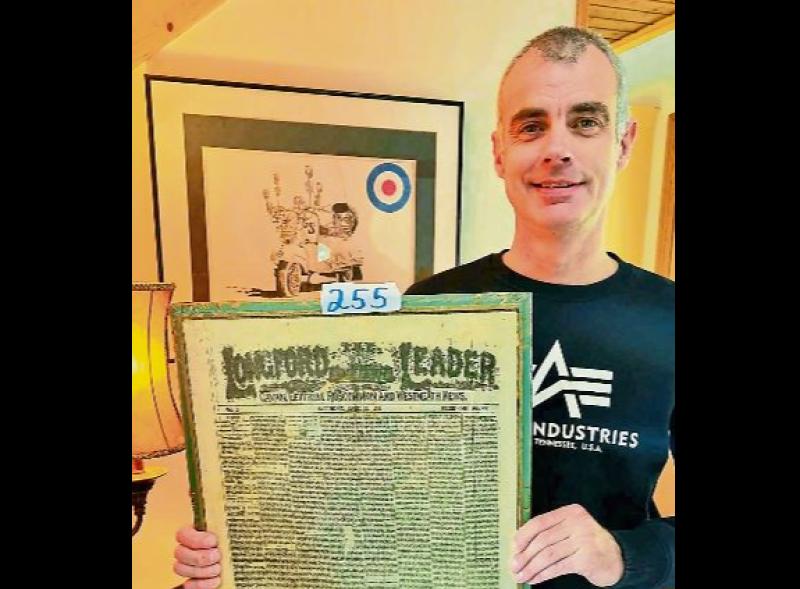 Danny Plunkett with his framed front page of the Leader

Father of one Danny Plunkett expressed his satisfaction over the impromptu purchase which was made two weeks ago at an event in Dundalk.

“Going to State auctions was a hobby I recently got into,” said Danny when contacted by the Leader this week.

“It (front page) came up for auction and I actually went into view it.

“It just stood out and so I decided to buy it.”

Danny, who lives in Mullagh, Co Cavan and works for leading workwear and cleanroom clothing CWS, revealed how his decision had set him back by just €25.

“There is a lot of interesting things on the page itself and I am very happy with it,” he said.

It's not the first time the 52-year-old has acquired historical newspaper archives from yesteryear.

“I actually picked up something similar from the Irish Independent and sent it onto them too,” he said.