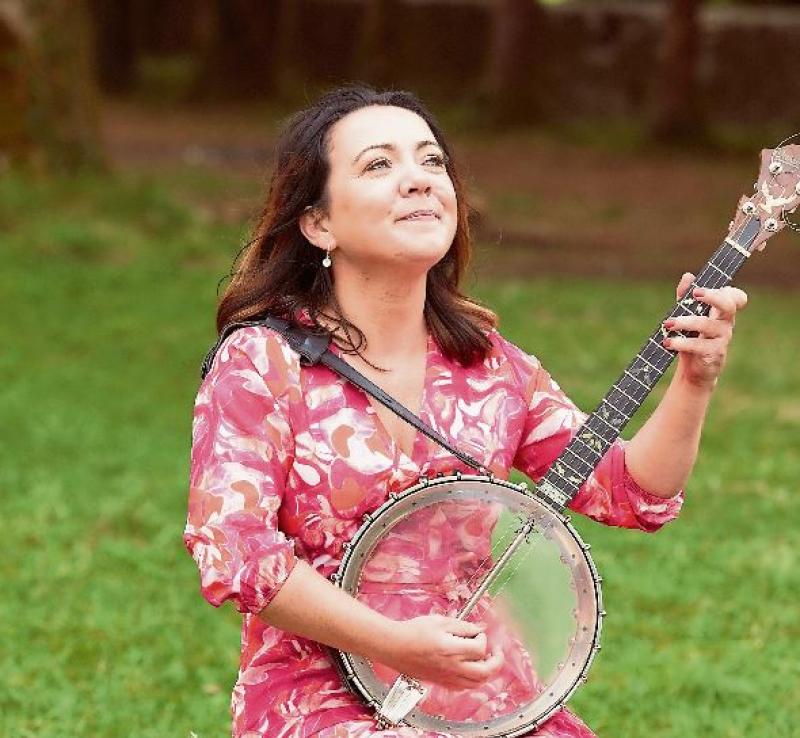 Angelina Carberry who has been awarded the prestigious 'Ceoltóir na Bliana' at the TG4 Gradam Ceoil, which will be broadcast on TG4 on October 31 at 9.30pm Picture: Maurice Gunning

It was announced yesterday in Belfast that the Manchester born banjo performer, who lives in Kenagh, will be awarded the 'Ceoltóir na Bliana' at the TG4 Gradam Ceoil.

Widely viewed as the country's premier annual traditional music awards scheme, Angelina was selected by an independent panel of adjudicators in a ceremony which is to coincide with the station's 25th anniversary.

Angelina, whose father Peter, hails from Derrahaun in Kenagh and a family steeped in traditional music, expressed her delight.
“I was absolutely shocked when I heard,” said the mother of one. “My God, I was just overwhelmed.”

Angelina will be presented with a specially commissioned piece by leading sculptor John Coll as well as a small stipend at Queens University Belfast's Whitla Hall on October 31, an event that will be broadcast from 9.30pm to celebrate TG4's 25th Birthday and it will be available online for international viewers on TG4's player TG4.ie

The award is just the latest in a long line of accolades to come the way of the immensely talented 42-year-old.

A former member of renowned all-female band, the Bumblebees, Angelina's Gradam Ceoil honour comes more than two decades since her duet album 'Memories of the Holla' with her father first came on stream.

She was back in the studio last weekend with local music producer Paul Gurney ahead of the long awaited release of her most recent compilation of tradional Irish music.

“We are thinking of calling it 'Back in Time',” she said, while revealing how one of its tracks is influenced by an Abbeyshrule based manuscript dating back to 1884. “There are some (recordings) from the 1920s too with well known people like Frank Quinn and Packie Dolan who was a fiddle player from Ballinamuck,” she added.

Heritage and history is clearly a narrative Angelina believes fervently in, a fresh chapter of which will be etched into the local annals in Belfast on October 31 next.