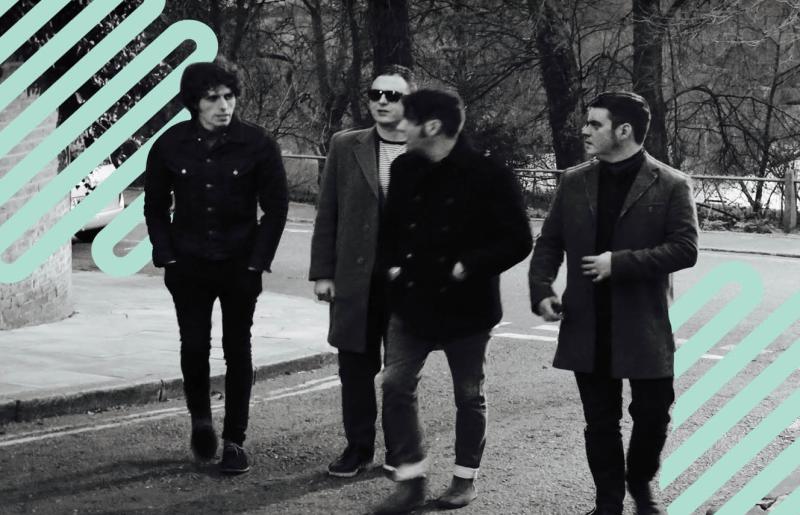 Drumlish band Cronin will be back live onstage to an actual audience for the first time in 18 months this September with three special shows, including one in their hometown.

They also appeared briefly in the Julien Temple Shane MacGowan documentary, A Crock of Gold which has been wowing film festivals globally.

The band is also continuing to work on the follow up to their critically acclaimed debut The First Kiss of Love with an early 2022 release date.

Their last release from March 2021, Bank of Love was recorded at Transmission Rooms, Drumlish, Co Longford by Mick Cronin, Mixed by Ger McDonnell (U2, Manic Street Preachers) and Mastered by Richard Dowling at WAV Mastering, Limerick.

The video for the song was shot and edited by Kingston around Transmission Rooms Recording Studio, Drumlish.

“This was one of the first songs we started jamming to get the juices flowing after not seeing each other for three months when the first lockdown was lifted last year,” said Mick Cronin.

“We wanted to get back to the feeling of being a young band playing songs in a garage.

“We were listening to a lot of Lou Reed’s Transformer, Richard Hawley, Jarv Is. We started it the night Scott Walker died and it took another form with the pandemic. A love song that you can wash the dishes to.”

Cronin will play Music at Mearscourt on Friday, September 10. Tickets via mearscourt.ie.

They will also perform Longford Live & Local in the Drumlish Community Centre carpark on September 18, with tickets available via eventbrite.ie.

Finally, on September 23, the band will perform at the Grand Social, Dublin. Tickets via thegrandsocial.ie.