‘I feel proud to be a part of the business’: Michael Meaney retires from Granard's Pat the Baker after 25 years 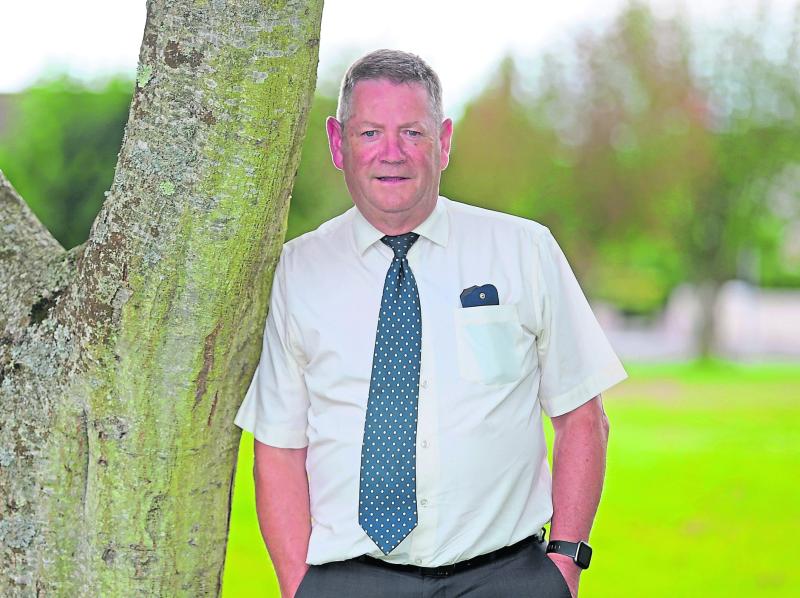 Jessica Thompson catches up with Michael Meaney to discuss his career to date as he prepares to retire PICTURE: SHELLEY CORCORAN

Pat the Baker is one of those local businesses that is not only a huge part of household cupboards across the country, but also very much involved in the local community and its people.

That’s largely down to Michael Meaney who, after 25 years, is preparing to hang up his boots and begin his retirement.

“My plans now are just to take it easy for the next few months,” Michael told the Longford Leader.

“The pandemic has put a bit of a dampener on everything but I still intend to travel a bit. My son is in North Carolina so I’m going to go over to him. I have a sister in Canada - in Toronto.

“So I’m going to do a bit of jetting. But basically I’m just going to take it easy for the next two or three months and then I’ll look for something part time maybe, but I have no great plans.”

But that’s all in the future. Right now, Michael is reminiscing on what has been a long and fulfilling career with one of the most prominent businesses to come out of Longford.

“I worked for a company called Shop Equipment that did shopfitting and all that and then we bought a shop in Balbriggan and we did that for a number of years and then when the opportunity came we sold the shop and moved to Granard.”

It was then that Michael approached Pat the Baker and got a job as a relief driver before his previous experience in retail and shop equipment earned him a promotion to the position of Area Manager, which he has held ever since.

“I came in at a very good time. A lot of things were changing and I had a background in retail - in the grocery business - and then when I was a relief driver I could see the opportunities that we could have as well,” he recalled.

“So I knew all the routes and all that. Things changed regarding the direction Pat the Baker was going.

“So I had a great opportunity in December of 1999 to rejig all the routes in Granard and the midlands and it was a great experience because things really worked out and I was there at probably the best time in Pat the Baker. Things really worked out well for us and we were very successful in the moves we made at the time.”

Locally, Pat the Baker has been heavily involved in the community, sponsoring the annual Longford Marathon, the Community Games, local football clubs and other events.

“All those things gave me great pleasure and I made great friends,” Michael explained.

“The standout thing for me was in 2003. Pat the Baker were 50 years in business and I was looking to see could I do something. And one of the girls that works there said ‘why don’t you get onto Nationwide?’

“So I rang Nationwide and I asked them would they come down and do a story with us and it was a fantastic story of Pat Higgins cycling in through Granard and starting from scratch. They told me that these things are made months in advance and it was nearly October in 2003. And the story had to be told in 2003 because we were 50 years old.

“So they came down and we did the Nationwide programme here and it was just absolutely fantastic. Pat himself rang me the next day after it was aired and he told me how proud he was of the programme. He was very emotional about the whole thing and so was I. I have great respect for Pat.

“That was a real highlight for me to get a phone call from him to tell me how proud he was. It’s a moment I’ll never forget.”

Pat the Baker is a nationwide business and one with which Michael has been extremely proud to work for the past 25 years.

“It started up in 1953 and it was only Pat himself and he used to bake the bread at night and go out in his van the next morning,” he explained.

“I feel proud to be part of that business as well. It’s a family orientated business. My three kids - I have two girls and a son - and the three of them worked in Pat the Baker when they were in college.

“So it’s a great place for anybody - not just students - who come into Pat the Baker every year and then they go on to pay their way and do great things in life.”

When he retires, Michael is looking forward to spending more time with his family and partner, Patricia.

“The six grandkids only live up the road and I’m looking forward to spending more time with them. The good weather we had, they would come over to me a good bit and it’s great to spend time with them so hopefully when I am retired I’ll be able to bring them to school and things like that,” he said.

And, while more family time, travel and retirement in general are all things he’s looking forward to, it’s a bitter sweet time for Michael as he works his last week at the place that has held him for 25 years.

“I’m having mixed emotions. I really enjoyed my time with Pat the Baker. It’s a lovely company to work for with a real family atmosphere and really, really lovely people. I’ve made great friends in Pat the Baker - lifelong friends. And they’ll still be my friends - I’ll still be in touch with them. I am sad that I’m going but I’m excited at the same time,” he said.

“A lot of my friends that I’ve made in Pat the Baker - a good few of them have retired as well like Anthony Sheridan - he’s really enjoying his retirement. We’ve kept in touch and guys in different areas have kept in touch.

“So all those people I worked with - I’ve seen their families grow from small kids, going to college, graduating and have various different successful careers.

“When I look back, I think of all the guys that we have worked with in different areas - because I did all the midlands and up the north east and across to Sligo - I worked with a lot of people. I’ve been at weddings and funerals and all the things that happened, and I’ve seen their children growing up as well.

“You get very attached to people when you’re dealing with them for such a long time. They’re part of your life, really.”