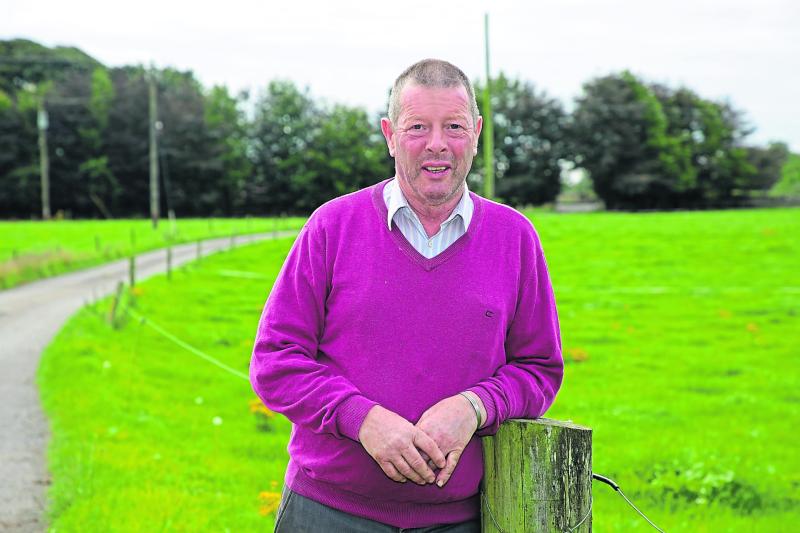 Mervyn Clendenning and his wife Iris were lucky to be alive after they were overcome by slurry fumes Picture: Shelley Corcoran

It was just a normal evening on the farm. Mervyn Clendenning was milking his cows, while his neighbour prepared to agitate the slurry in the very same way they had done for seven years. Neither of them expected events to unfold that would cause Mervyn - and his wife, Iris - to almost lose their lives.

“We were out working on the farm. It was a normal evening and we were milking away and Mervyn Waters came to agitate. I had six cows left to milk in the parlour and he put the agitator in the tank and said ‘I’ll wait until you have the cows milked’,” Mervyn recalled.

“I spoke to him for about five minutes and I came back down and the cows were actually milked. And he headed off to the tractor and it was 60 metres away from where I was.”

When Mervyn returned to the pit in the milking parlour, the man that was helping him had noticed a “funny smell”, which got worse as Mervyn walked towards the front of the parlour.

“I said to him, ‘come on, get out of here quick, this isn’t good’and I went up the steps of the milking parlour to come out to open the gate for the man to let him out. And the next thing is I remember nothing,” he said.

The methane gas from the slurry had come up a water channel that Mervyn had for washing the milking parlour and it wasn’t long before Mervyn was completely overcome by fumes.

“I turned round and I thought I saw blue smoke. It was a funny sensation I got - like blue smoke,” he said.

“And the next thing, I fell about four foot into the pit and I smashed my head off the floor of the milking parlour.

“And Mervyn Waters happened to come up to see could he start and he saw me lying below in the pit and he thought I was stone dead. And he ran back to get his phone.

“In the meantime, the man that was with me in the pit, he contacted Iris and she came down to see what was going on and she didn’t know we were actually agitating the slurry and she was overcome with the fumes.

“So when Mervyn Waters came back with the phone, not only was I conked out in the pit but my wife was unconscious as well. So he was in a quare predicament then,” he added.

The fumes worked fast, claiming the consciousness of two people in the space of minutes and Mervyn Waters was risking his life going into the parlour to begin with. But he acted fast to rescue his neighbours from what would certainly have been a fatal outcome had he not arrived when he did.

“He lifted Iris up and he put her up where the cows stand and he came back in for me then,” said Mervyn.

“He failed to get me out of it in the first attempt - to lift me up the steps I was after falling down. And there was blood everywhere because I was after banging my head off the concrete floor.

“So eventually he got a hold of me under the arms and he got up three steps and he couldn’t get up the fourth one. My daughter happened to come from Roscommon and she caught my arm and she helped him and they got me out.”

Mervyn was completely unconscious at this stage and could only tell his story from information that had been given to him from those who were present and conscious.

It wasn’t long before a number of neighbours and family members had arrived to the house, banding together to see what they could do to restore the safety of their friends and neighbours.

“I was pulled out and I thought I saw an ambulance - I couldn’t swear on that. But the first person I saw was my sister in law, Pearl Jones from Kenagh,” said Mervyn.

“She’s Iris’ sister. They rang her to come down, and her husband, Edwin. I was coming in and out of consciousness at that stage she said ‘we’re all here beside you; we all are thinking of you’ and she was there with a towel keeping sweat or dirt off me.

“And I remember saying to her ‘I think there’s dirt on my teeth’ where I fell and hit my teeth off the floor and I asked her where her husband was and she said ‘he’s the other side of you holding your hand’. I was in and out of consciousness.

“So I was put into the ambulance. Iris was a lot worse than me. She was getting convulsions and everything. So she was brought to Mullingar. The ambulance that she rang for me brought her. She’d rang an ambulance for me and then I don’t know who rang the second ambulance.

“I woke up going up in the ambulance - I was in and out because I got a bad bang. I had 14 stitches to the back of my head.”

The overriding message to come from this incident, Mervyn said, was farm safety and an awareness of what’s happening around you and, most importantly, having someone nearby. If it hadn’t been for Mervyn Waters, the Clendennings are certain they wouldn’t have survived the incident.

“I wouldn’t have come up out of that myself because I was unconscious. It knocked me out senseless. It just paralysed me, as simple as ABC,” said Mervyn.

“And Iris didn’t know we were agitating. She walked straight into it. If she’d known, I don’t know what she’d have done. Your first instinct would be to see what was wrong with the person lying down there.

“Mervyn Waters is a huge lump of a man. And he’s strong too. He pulled tug-o-war, or he used to. He was a saviour. My wife and I are indebted to him. It wasn’t a nice thing to come on now. Only that he was such a big man, he was able to lift my wife up.

“But he doesn’t want any praises for that. He would do it for anyone, naturally enough, the first instinct he’d have would be to get the person out of where he was.

“It could have been fatal. I don’t know what could’ve been the outcome. My wife is not recovered. She thinks she might have ribs damaged from being lifted up onto the kerbing. When she fell she probably maybe hurt her ribs but she’s not sure.

“She’s coming to, like myself. I’d be exhausted now. At night I do be getting flashbacks of what was going on,” he remarked.

“The methane gas has no smell or you can’t see it. That blue smoke that I mentioned earlier on - the doctor came in and asked me all the questions and he said that’s an illusion you get. When people are coming close to death they can get an illusion but there was absolutely no blue smoke, he said. It’s colourless and odourless.”

It’s been almost two weeks since the incident and Mervyn says he is on the road to recovery. And, while Iris is still not recovered, she is also improving every day.

“I’m only in and out, just walking around now. I’m not able to do a lot. The doctors warned me not to do much but the farm is in capable hands,” said Mervyn.

“Two sons came over but Jason in particular took charge of the place. He got leave of absence from work to help out for the week. And we have another chap from Rathowen, Sam Murphy, and he’s a great help.”

As well as his four children, Trevor, Jason, Anneka and Jacqueline, Mervyn is extremely grateful to all the friends and neighbours who came to his aid on that day and have been checking on him since.

“Pearl Jones and her husband Edwin Jones from Kenagh,; George Quinn was here from up the road. Mervyn Waters contacted him. A good few neighbours were down,” he said.

“You know your neighbours are your friends and that’s how it was with me. The next morning they were down to help with the bit of milking. And they are down to check on me still, of course they are, most certainly. And I would do the same for them.

“That friendship and that help and togetherness… we go back generations - the Caseys over the road and the Mahons. You can name all those people. They’re great neighbours.

“Pat Campbell helped out big time. Mervyn Waters wasn’t feeling well when everyone was gone and Pat brought him up to Mullingar.”

It’s all of those people that Mervyn will remember for the rest of his life; “That’s not something you’d ever forget. I’m indebted to them.”