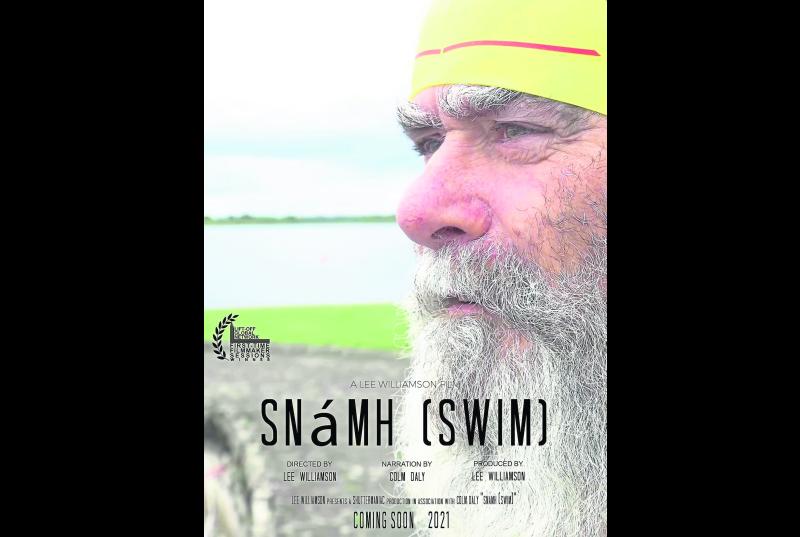 Longford is known for its creative talent and what better way to put that on the map than to head to Hollywood and show it off?

Lanesboro based Director and Producer at Shuttermaniac Productions, Lee Williamson is prepared to do just that after his short film, Snámh (Swim), starring his friend Colin Daly placed first at a UK Online Film Festival, earning itself physical screenings in 2022 in both Pinewood Studios UK and the Los Angeles Lift-Off Film Festival in Hollywood.

The film went down a treat in the UK Online Film Festival with locals and internationals alike purchasing tickets.

Lough Ree Distillery/ Distillery Yard, a local business, recently committed to reimbursing the ticket price in coffee to encourage support for the film.

The film itself stars Colin Daly, a close personal friend of Director/Producer, Lee Williamson, who talks about is passion for swimming.

“With a year (or fifty) and €1500 in the making, Snámh (Swim) has been an emotional journey on a tight budget,” said Lee.

“Getting a hardy Irish open-water swimming veteran to open up about his life experience and passion for the water wasn’t easy, yet it was truly rewarding for myself and hopefully for the audience too.

“To cram fifty years worth of experience and wisdom into just short of three minutes was a challenge; something that we shot in an aim of harmonising all of those people and landscapes to make this heartfelt message possible.

“An intensely personal piece for me, but packaged for the viewer in a way that is both accessible and; more importantly, frank and honest.”

Founded in early 2020 shortly before the Covid lockdown, Shuttermaniac Productions is a video production business serving small and medium enterprises from the midlands and Dublin. The company offers a wide range of products and services designed to promote local trade.

The film should be on general release after Christmas.