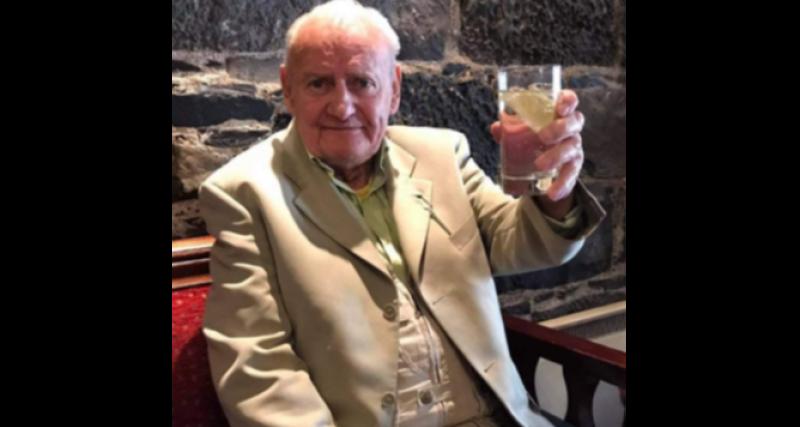 The peaceful death occurred on August 5, 2021 of Roger Vance at his home in Longford, and formerly Main Street, Ballymahon.

James Roger was born in Ballymahon on June 20, 1939. His parents were George Vance (who ran the Butcher’s shop on Main street) and Hannah (Frances) Vance and he had one sister, the late Alice (Stewart) Colehill.

He always made a big impression on people wherever he went. He was an outgoing, very popular gentleman who was warm, friendly, always happy to stop and have a chat or to roll up his sleeves and help out with a practical problem to be solved. He certainly enjoyed life to the full at all times.

An all round sports person, Roger was a talented dancer, boxer, footballer and accomplished badminton player.

Roger was part of the Ballymahon & Longford Inter-County Badminton Championship winning team in 1957 and also represented his Province, Leinster on many occasions with his partner, the late Leo McCormack.

He was on the Ballymahon football team who won the Junior Championship in 1960 and also played Rugby.

He won many first prizes when he was young with his dancing partner, Mary Breheny Casey, Ballymahon at the Ceili dances which Mary still fondly remembers.

As a young lad he worked with his father and Johnny Molloy in the Butchers shop for a number of years, he had his own lorry with Charlie Byrne’s Block Company and also worked at the Rio Tinto Mines in Ardagh.

In 1970 he left Ballymahon to work in London where he shared a flat for a time in Kilburn with his friends Raymond Whyte and Billy Ganly. He worked in various construction jobs in the capital and met Mary Monaghan from Belmullet, Mayo at a dance there. They got married and had four children Chris, Rory, Dawn and Pete.

Roger spent 25 years working for Taylor Woodrow on some of the largest Civil Engineering projects in Europe. He was extremely proud of his work on a host of projects across England and Wales. He also worked in Saudi and many parts of the world. Later in his career he returned to work in Ireland , spending several happy years in Kilkelly, Co Mayo.

Down the years, Roger loved returning home meeting up with his sister Alice and her husband Jimmy Stewart and their family and his many friends in the area. On many of those visits he stayed with his good friends Roger and Betty Ferrall.

When his wife Mary passed away in 2015, Roger returned to his native Longford to spend his twilight years with his friends and family. He celebrated his 80th Birthday with his family and friends in Peter Clarke’s pub in Longford.

When his remains were brought to St Catherine’s Church back here in his hometown, a Guard of Honour was formed by members of Ballymahon G.A.A. and also many of his friends gathered to bid him a fond farewell.

He is survived by his four children Chris, Rory, Pete and Dawn, much-loved grandchildren, nephews Keith and Robert Stewart (Colehill), relatives and many friends to whom we extend our deepest sympathy. May he rest in peace.