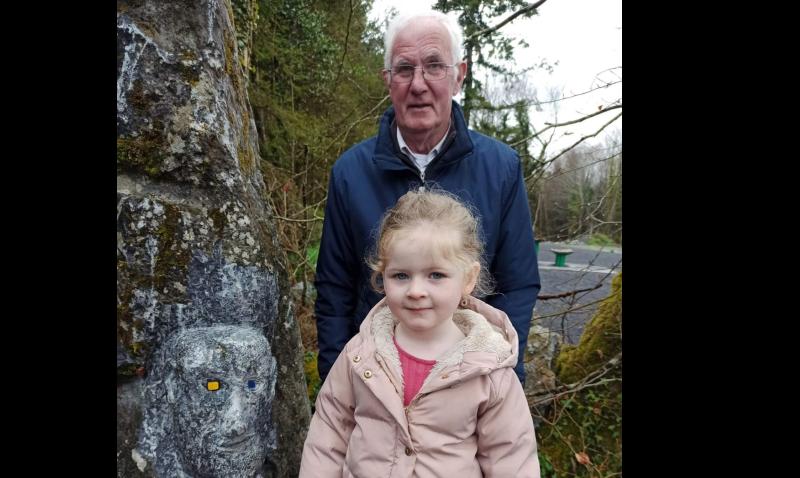 It was with great sadness and regret that the people of Ballymahon learned of the sudden and untimely passing of a ‘true gentleman’ and pillar of the local community, Sean Carey of Creevaghbeg, Ballymahon, on Saturday, July 24.

Sean was a loving husband, father and grandfather, highly respected in the local community. He loved to socialise, could chat with anyone and was seen as a kind and obliging man by everyone that had the pleasure of knowing him.

Members of his extended family, close friends and neighbours gathered in Creevaghbeg last Monday to fill the main street as far as St Matthews’ Church and pay their respects to a man who left a truly indelible mark on the town of Ballymahon.

Following a simple service, which was live streamed for those who could not attend due to Covid-19 restrictions, the Moy Road was lined with people who stood out to support the Carey family as they made their way to Shrule Cemetery where Sean was laid to rest.

A native of Tang, Co Westmeath, Sean was good with his hands and started working on building sites when he left school, going on to become a plasterer by trade.

In 1972, he moved to Ballymahon when he married his wife, Mary, and they had four children, Maura, Ann, Michael and Sean.

A hard worker, and a man who always had to be busy doing something, Sean loved tending to his well-kept garden, working on the bog, bringing home the turf and offering a helping hand to friends and neighbours wherever he could.

He was one of the first people involved in erecting the Christmas lights in Ballymahon and was always happy to help out with the St Patrick’s Day Parade each year by building floats and helping participants to prepare to march through the town.

He was also a member of the Cloncallow Cemetery committee and worked hard on the upkeep of the grounds and restoring the walls.

He will be remembered as a kind, obliging man and a great friend to all in Ballymahon.