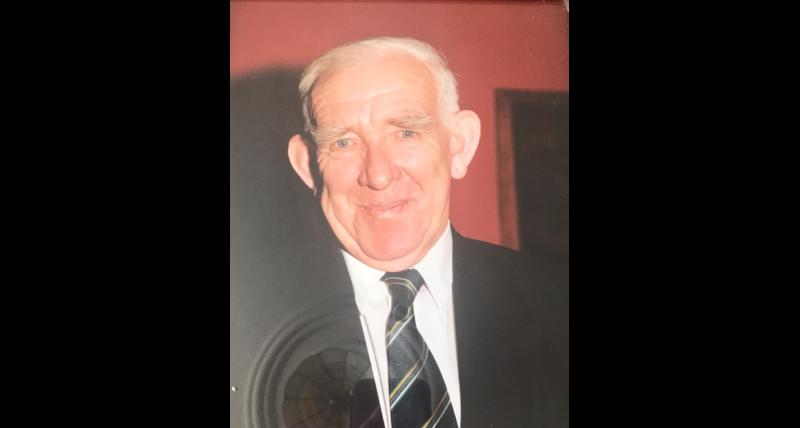 It was with deep regret that we learned of the peaceful death on Tuesday, July 20 of one of the oldest and much-loved members of our community Mr Pat Rock, Shrule, Ballymahon at the Regional Hospital, Mullingar surrounded by his loving family.

He was born on January 29, 1925 in Darogue, Ballymahon and married Margaret Cowan back in 1953. They moved to Shrule where they had 7 children, 9 grandchildren and also 9 great-grandchildren. Sadly Margaret passed away in 2008 and his daughter Mary died in 1996.

Pat worked with Bord na Móna retiring in 1991. He lived through tough times, especially having lived through the 2nd World War when most commodities were rationed and they had to make do with what they had. He also farmed the land and every year set off to the bog to get the turf home early.

A thorough and very popular gentleman at all times and a most obliging neighbour, Pat had a great love for horse racing and attended the Galway Races for over fifty years.

He was a man of great faith and never missed Mass on a Saturday evening in either Tang or Ballymahon.

With a smile on his face, he always had a kind word for everyone he met. He loved playing cards, especially a game of 25, and for years played with his lifelong friend Tommy Fox who was also his card-playing partner. Among the many places where he played cards, he never missed the weekly games in the late Peter and Norah Curran's pub where many good “post mortems” were held after the game. His most recent game was only two weeks ago in his neighbour’s Eddie and Bernie Noonan’s house and he was competitive to the end.

A keen card-player it was rare that he would make a mistake and was well known to have the 5 in his hand for the last card to save the game.

Pat cherished his family and always enjoyed the company of his grandchildren and great-grandchildren as they did his. His neighbours were always kind and loyal to him and he certainly appreciated each and every one of them.

He had lived with his son Tom who, along with his daughter Judy (Connaughton), both looked after him so well over the years. Pat’s niece, Catherine (Slevin) was also a regular visitor to Pat as she called weekly with her lovely tarts and scones.

Unfortunately his daughter Bridget and her family were unable to travel from Sydney or his grand-daughter Ciara from New York because of travel restrictions.

Thankfully, he had a good healthy life through to the end and he would consider his life was well lived.

Attendance in the Church was restricted to 50 due to Covid-19, however a large number of neighbours and friends lined the route from Pat’s residence to the Church and later to Shrule Cemetery to pay their respects which bore testimont to the respect which is held for the Rock family.

May the road rise to meet you Pat and may your gentle Soul rest in peace.