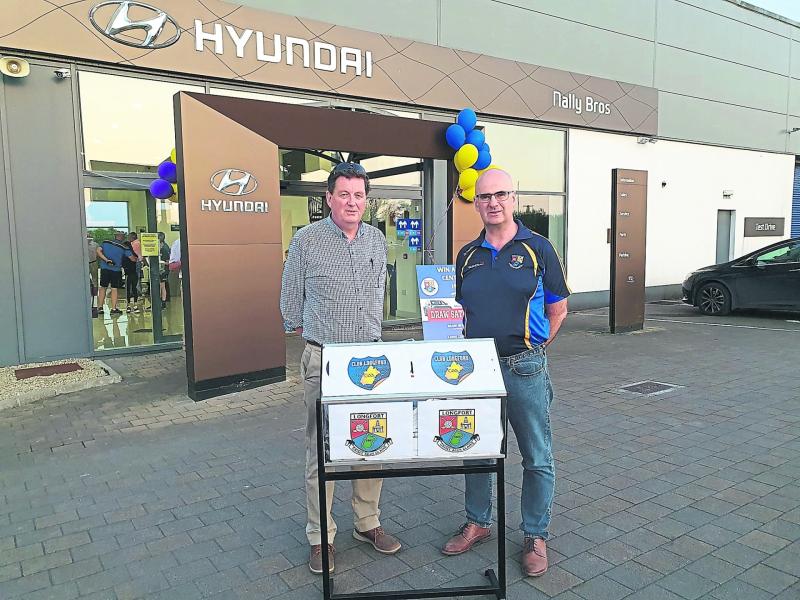 The draw was broadcast live via the Club Longford Facebook page and thanking the public for their incredible support, Club Longford Chairperson Mark Connellan explained how Co Board Chairperson Albert Cooney, in the absence of the Longford GAA Race Day for the past two years and a big hit to local gate receipts owing to the Covid-19 pandemic, came to the group a few months ago with a view to holding a draw and he set them a target of €100,000.

Mr Connellan admitted, “We were sceptical about that target and but I’m glad to report we’ve generated a profit of some place between €115,000 and €120,000 , a successful outcome to our first attempt at a car draw.”

He thanked the 3,750 people that bought tickets in the draw, and he said this highlights the goodwill and loyalty that exists for Gaelic Games in Longford.

He thanked social media director Lyndsay Considine, John Hyland of Club Spot, the clubs of Longford and County Board Executive and he described Co Board Chairperson Albert Cooney as the driving force behind the draw.

Mr Connellan added, “The purpose of Club Longford is to provide the funds to allow our players to be as good as they possibly can be and no doubt there will be further draws in the future as we aim to build on the success of this one.”

Co Board Chairperson Albert Cooney expressed his deep appreciation to Nally brothers and he said the draw was a true example of teamwork between the Co Board and Club Longford. He also expressed thanks to Peter O’Reilly, Lorraine McDonnell and John Finn (Club Longford treasurer).

The draw was conducted under the supervision of Gerry Sheehan of O’Brien & Co, with the prizes being drawn by Kevin Diffley, Liam Connerton, Iarla O’Sullivan, Darren Gallagher and Marie O’Reilly Keenan.