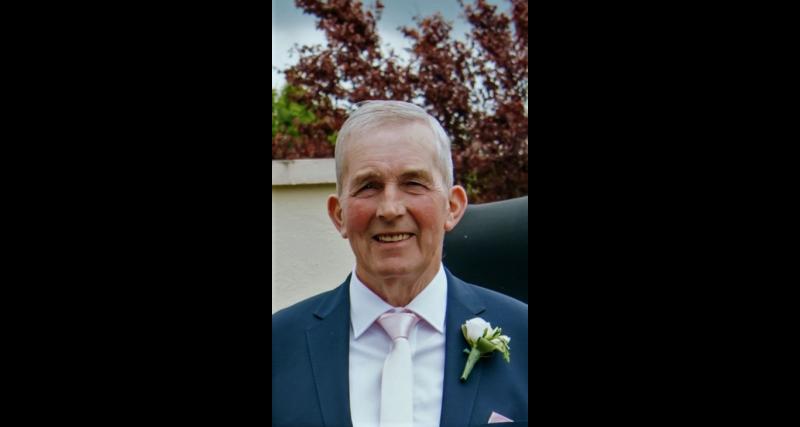 Profound shock and sadness spread across the communities of Rath, Abbeyshrule and Ballymahon on Monday, June 28 as the word spread of the sad passing of Larry Noonan, Rath, Abbeyshrule son of the late William and Eithne.

Larry, who was only 67 years old, passed away after a short illness which he battled with bravery. He had two loves in his life, his family and farming.

His wife Maura and two children Paul and Aisling were the focal point of his life, along with his dear mother Eithne with whom he shared a love of playing cards and who sadly only passed away last year on June 13, 2020.

Larry’s passion for farming was instilled in him from a young age by his father William, who passed away in 1995. Larry often spoke fondly of his childhood when they would walk cattle along the road from Rath to the Ballymahon market, a much simpler time he shared with his father and siblings.

Larry always had a keen eye for cattle, he was renowned for breeding quality livestock so much so that he won the All Ireland Continental Type Beef Bullock Champion back in 1983 which added to his impressive collection of rosettes and medals he won throughout the years. Many people valued his knowledge of cattle which he was always generous to impart.

Larry will be sadly missed by all the members of Ballymahon, Elphin, Roscommon and Granard Marts where he was always a loyal supporter and where he loved to attend to catch up with many friends and neighbours and where he was always very popular and highly respected. He had an unassuming pleasant disposition with a smile and time for everyone.

He was always willing to lend a hand in times of need and as many neighbours said the road will never be the same without him.

Larry was a loving husband, a great father, brother, friend and neighbour, a true gentleman who will be sadly missed by all, but never forgotten.

His remains were removed from his home along the Clooneen road which was lined with his heartbroken neighbours and many friends on Wednesday, June 30 to the Church of the Immaculate Conception, Forgney where his cousin Monsignor Bernard Noonan celebrated the Requiem Mass and he was laid to rest in the adjoining Cemetery. The beautiful singing and music was performed by Ann Keenan and Larry’s nieces Miriam and Avril Walsh.

May his dear Soul rest in peace.