Longford councillor ‘lucky’ not to be jailed over beef row 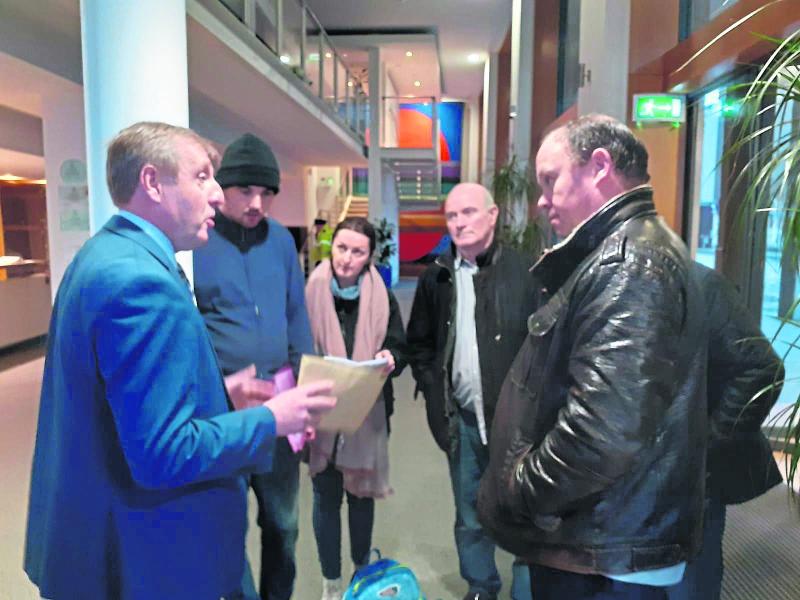 As concerns over the future of Ireland's beef sector re-emerged at a meeting of Longford County Council, it prompted one member to remark how the council were "lucky" not to have seen one of their elected members behind bars following the 2019 beef protests.

Cllr Turlough 'Pott' McGovern said the council were fortunate not to have witnessed fellow Cllr Paraic Brady being consigned to a term in custody after he and another farmer were the subject of High Court injunctions only 18 months earlier.

That came after Cllr Brady and Colm Leonard were served with a court order after a blockade was put in place outside the gates of Edgeworthstown's C&D Foods during beef protests in November 2019.

The injunctions were later struck out at the request of the company in a stand-off which drew local as well as national publicity.

The issue was one which resurfaced at last week's meeting following pleas by Cathaoirleach Cllr Paul Ross for government leaders to appoint a regulator to the industry."This was part of the programme for government which was agreed over 12 months ago and it's still not been put in place," argued Cllr Ross.

The latter is one of Ireland's largest sheep meat specialists in a move which has reawakened anxieties over a further erosion of competition in the processing sector.

Cllr Brady, himself, said the move was "not before time", as he implored Agriculture Minister Charlie McConalogue to step in over the issue.

"A beef regulator? I don't know where it is going to be honest," he said.

"We heard all this before of standing on picket lines. We (Council) were lucky not to have to take him (Cllr Brady) out of jail the last time, never mind putting down a motion to the minister."