Suspect (25) to appear in court this afternoon charged with burglary 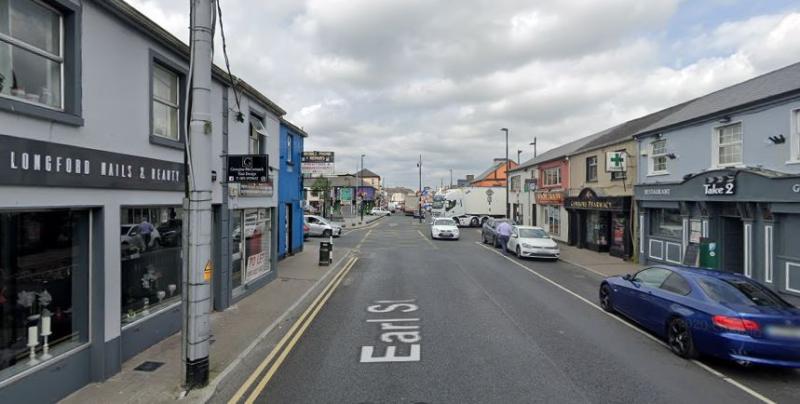 Earl Street in Longford town, where gardaí caught a suspect allegedly in the process of carrying out a burglary earlier today

A man is on his way to court this afternoon charged in connection to a botched raid in Longford after allegedly being caught red-handed by gardaí during the early hours of this morning.

The suspect, who is in his mid 20s, was arrested by officers at the scene of an attempted break-in at a business premises in the Earl Street area of town shortly before 1am this morning.

The Leader understands gardaí came across the suspect reaching in to the shop to steal a number of items seconds after allegedly breaking its front window.

It's understood up to ten items allegedly taken from the premises were found on the alleged thief after his arrest and subsequet detention at Longford garda station.

This website can also reveal the alleged culprit is not from the Longford town area with garda sources believing he travelled to the county town earlier in the day on the train.

He has since been charged with burglary and is to appear at a sitting of Athlone District Court this afternoon.