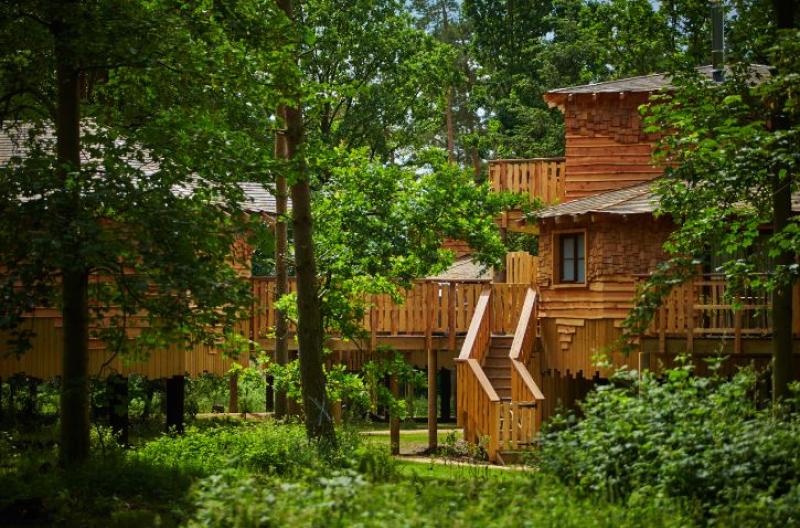 Leisure giant Center Parcs has announced plans to undertake a proposed €85m expansion of its holiday resort in Ballymahon.

The proposed development, which is subject to planning approval, provides for a further 200 lodges, in addition to bringing the 466 self catering accommodation already in situ on the company's 395 acre site.

Four treehouses, branded as being Center Parcs' most luxurious living quarters are also included with each individual unit being able to house up to eight people and coming complete with a games den, outdoor hot tub, private parking as well as a dedicated Treehouse Host for the duration of a stay at the facility.

In a move which is arguably the single biggest tourism investment to emerge this year, the company say the plans will also bring an extension to existing facilities, including leisure facilities, restaurants and cafés, back of house facilities, its much vaunted Subtropical Swimming Paradise and Aqua Sana Spa.

Center Parcs bosses say the investment will create around 300 jobs during construction, with a further 250 permanent jobs on offer once the project is fully complete.

Chief Executive Officer, Martin Dalby said the expansion plans were indicative of the firm's belief in both its brand and the resilience of Ireland's tourism industry in a new, post Covid era.

“We are thrilled to be announcing our intention to invest further in Center Parcs Longford Forest," he said.

"Despite a challenging year, we have great confidence in both our business and the Irish domestic tourism market, backed up by our extremely positive forward bookings for the remainder of 2021 and into 2022.

“Since we opened, Irish families have really taken Center Parcs to their heart, and we are excited to bring more visitors to this beautiful part of the country and introduce the Center Parcs concept to even more families.

“This announcement is great news for County Longford, a significant investment which will generate more local jobs, opportunities for local suppliers, consultants and contractors and a significant boost for the local and regional economy.”

Details of the mooted €80m investment has been met with universal accord at local political level.

Fianna Fáil Longford-Westmeath TD Joe Flaherty said the projected eight figure cash injection could not have arrived at a better time for a county still attempting to find its economical feet after more than a year of enforced lockdown.

“This is fantastic news for Longford and for the midlands," he said.

"Center Parcs is a really valued employer in the area. I know the company has made a huge effort to work with the local community and I’m sure that will continue with this further expansion."

Fine Gael Senator Micheal Carrigy termed the move as a "massive boost of confidence in Longford" and its tourism capabilities.

"It's a huge vote of confidence in Longford, its people and tourism in our county," he said.

"What it also shows is the faith Center Parcs has in its product and how it has hit its target of 90 per cent occupancy for much of the year."

Center Parcs will now commence detailed design and site survey work, as well as a programme of community engagement, in advance of submitting a planning application to Longford County Council.

Its envisaged those plans will be dispatched by the end of December with a decision from local authority planners expected early in the new year.