Ireland and Longford in times of war and revolution 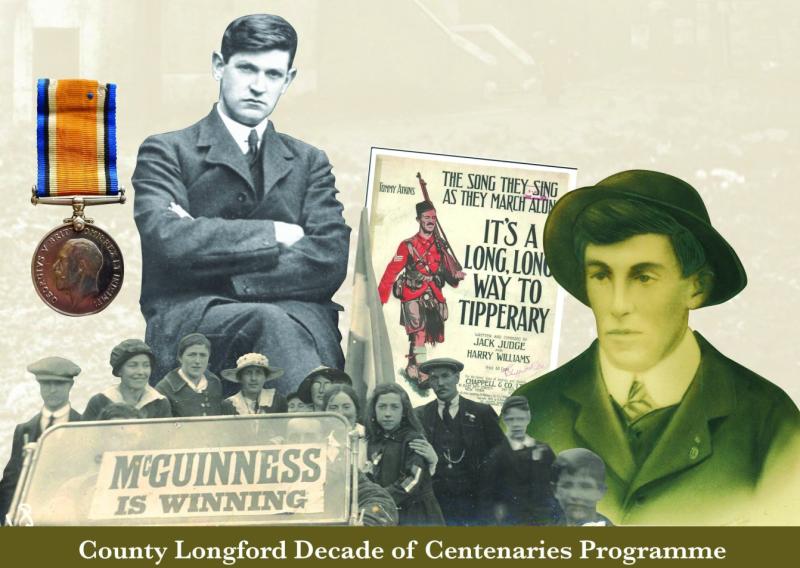 Longford County Library, Heritage and Archives Services will launch a resource pack for schools entitled ‘Ireland and Longford in Times of War and Revolution, 1914-23’ on Thursday, June 10.

The project is part of the Decade of Centenaries Programme and is funded by the Department of Tourism, Culture, Arts, Gaeltacht, Sport and Media.

The pack is intended for fifth and sixth classes in primary schools and can also be used by Junior Certificate students.

It consists of two booklets covering the major events in Irish history in the period from 1914 to 1923.

The text was written by local teacher Eamonn Brennan, who is involved in the ‘Heritage in Schools’ programme and is a member of the Decade of Centenaries Working Group. Speaking to the Leader, Eamonn outlined the value of the pack.

“The events covered in it shaped our country and it is very important that students learn about them,” he said.

“All through we give attention to what was happening in Longford. Thousands from the county fought in the First World War. Longford played a major part in the political change that followed the 1916 Rising and later, in the War of Independence,” he added.

The launch will be performed at 3.15pm on June 10 by Cllr Paul Ross, Cathaoirleach of Longford County Council, and will take place on MS Teams.

To obtain the link, email decadeofcentenaries@ longfordcoco.ie or call 043-3341124 for further information.