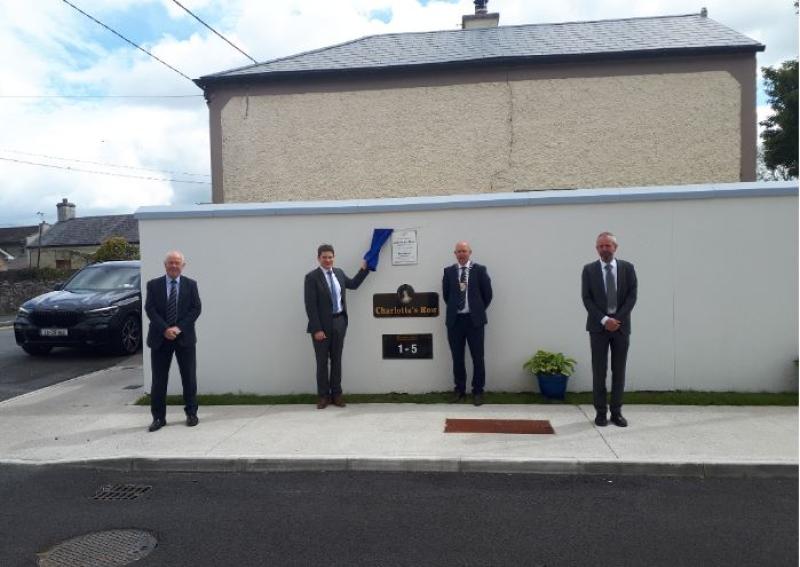 Junior Housing Minister Peter Burke has moved to quell fears over sharp rise in Longford homeowners property tax by insisting over 60 per cent of people will see no changes to their yearly bills.

The Longford-Westmeath TD was speaking at a State backed €7m investment in Edgeworthstown this morning which will see 28 new homes added to Longford County Council’s social housing register.

Around 640,000 homeowners are set to face increases of at least €90 in their LPT bills as the Government overhauls the system for the first time since it was introduced.

Mr Burke, however, defended the changes and said the vast majority of households will incur no increases when the new valuations take place in November.

“They are not because the bands have been increased by 75 per cent and the rate has been lowered,” he said.

“Obviously there has been no revaluation process taking place over a number of years and a lot of new houses weren’t attached to the property tax.”

Despite those claims, property tax bills could still rise after Leo Varadkat told Fine Gael colleagues this week of his desire to allow local authorities greater flexibility in varying local property tax (LPT) rates by significantly more than the 15 per cent limit that currently exists.

Those powers have been used to particular effect in Longford with councillors routinely adopting to vary LPT rates in a bid to maximise local services across the county.

“What I will say about property tax is it’s a progressive tax, so the bigger the house you have and if you have a house worth over €1m and there are gardens etc with that, you are going to pay more,” said Mr Burke.

“It’s what the ESRI want, it’s what more socialists should want and with the increase in the bands over 60 per cent of people will have no increase at all under this new measure.”