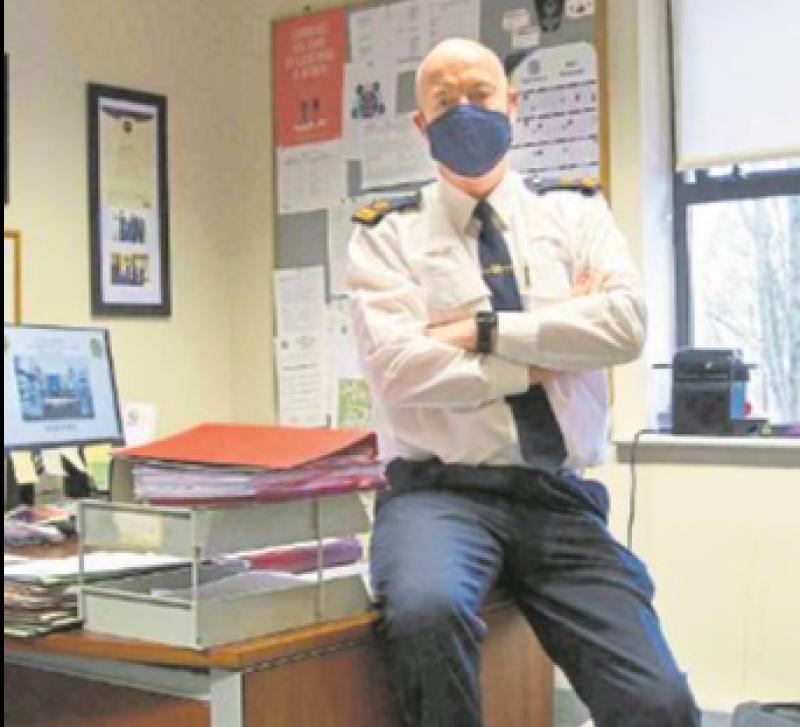 Superintendent Jim Delaney in his office at Longford garda station

Hard working, assiduous and as genuine as they come, the Longford garda boss is bowing out next week from a role he has held for the past five years and more pertinently a profession he has spent the past three and a half decades rising through.

It’s a tenure which has been as challenging as it has unblemished, taking in distinguished spells in close to half a dozen districts from Dublin to Sligo/Leitrim and more recently in Roscommon-Longford as the county’s most senior officer.

But it is the Tullamore native’s standout half a decade long stint in Longford for which he will arguably be most remembered for.

“The least you can do is leave it no worse off than when you came and I can say I have tried my very best to enhance that and leave it in a far better place,” he told the Leader this week as he prepared to dust down and empty a district office he has occupied since August 2016. 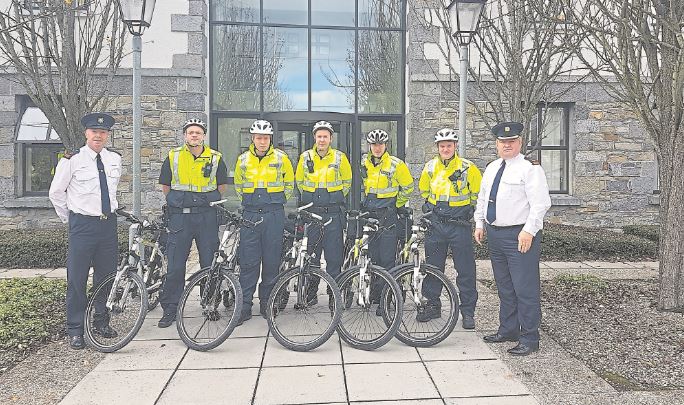 “But it’s not for me to say if I have or haven’t achieved that objective. That’s for other people to make up their minds and judge whether Longford is a better place five years on.”

One of the father of four’s key mantras upon assuming the reins of office from predecessor Fergus Treanor was a determination to foster partnership between various state agencies while triggering a much closer relationship between the public and an organisation he had already dedicated more than half his life to.

By his own acceptance, the scope and depth of both State and non governmental bodies was something which had mushroomed from his time as detective sergeant in what was the then Longford-Westmeath Garda Division.

“I was no stranger to Longford from a policing perspective but at a different area of policing,” he said.

“But managing a district comes with a whole different set of challenges. At that time my one focus was reducing the supply of controlled drugs and prosecuting offenders who were involved in that supply.

“A district officer’s remit is far more broad. You have got the management of all the various people that work within the garda stations in the district and you are accountable for everything that goes on in the district. I was aware that there was a certain level of crime and it wasn’t so much the type of crime, it was more its volume and consistency.”

In a bid to address those anxieties, wheels were set in motion with former OPW Minister Kevin ‘Boxer’ Moran to carry out a €2.5m upgrade of Longford garda station.

The fruits of those endeavours may still be in train, nonetheless it’s a lasting epitaph the outgoing Longford garda chief can hang his professional hat on.

“If we were to deliver an excellence of service in the investigation of serious crime resources, logistical support had to be there for our members,” said the Chelsea fanatic, just days after seeing his beloved side lift the Champions League trophy for the second time in the club’s history.

“And while I won’t see the final product I am happy that it’s well on its way and it’s a legacy I can put my name to.”

Those same qualities equally apply to the inauguration of the Longford Joint Action Plan.

A cross agency initiative fronted by the Gardaí and local authority, its genesis came in 2017 with a view towards tackling crime and anti-social behaviour in the greater Ardnacassa area of Longford town.

Just as his initial promise in delivering partnership had evoked, it had the Longford garda boss’ fingerprints all over it.

The best part of four years on and over 6,000 proactive policing engagements later, crime levels have plummeted, public order issues have nosedived and senior figures behind a number of criminal groupings have seen their operations significantly compromised.

It’s a blueprint which last November saw Justice Minister Helen McEntee handpick Longford as one of only three locations nationwide to be chosen for pilot ‘Community Safety Partnership’ schemes.

The mention of Longford’s Joint Action Plan was a measure which spawned a string of equally robust and dedicated anti-crime initiatives at a time when the county’s critical incidents rates were beginning to court not just local, but national headlines.

Operation Solstice saw gardaí and law enforcement officials home in on a string of individuals involved in organised crime while other codenamed measures headed by Operations Valero, Cress and Stola played vital roles in helping to combat not just crime, but the proceeds garnered from it.

The latter was an invention drawn up by Jim and senior garda management in June 2019 to try and nullify as many as eight simmering feuds involving fourteen different families. 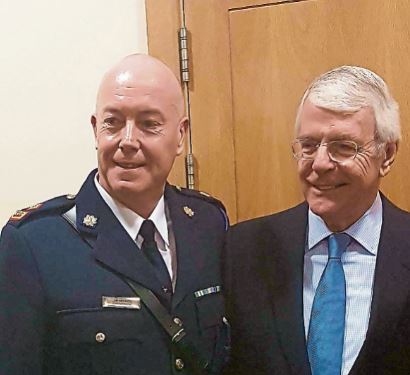 “There had been pockets of it (feuding) and I had been aware of it as a detective inspector in Sligo/Leitrim,” he said, when asked about the challenges that came with tackling heightening tensions between warring sections of Longford’s traveller community.

“This was a more pervasive feuding. And while we were managing it at the start it did need a radical overhaul.”

It was a move which brought with it the almost daily presence of armed gardaí on the streets of Longford town, a sight most, if not, the vast majority of the county’s 40,000 plus population had never witnessed before.

Moves to target street dealing under Operation Valero drew impressive results at district court level while Solstice and more latterly Cress brought with it what many, including politicians at a local level had long been yearning for- the arrival of the Criminal Assets Bureau (CAB).

“It was always my intention (to bring CAB to Longford) and while I welcomed the support and it was necessary for those public representatives to speak up and have a voice, they aren’t the people who prompted me to do it.

“That was always the plan because I worked with CAB before both as a detective inspector and as a detective sergeant. I was probably one of the first to get 17 money laundering charges off the ground in Athlone when CAB first started so I was well aware of looking behind people and their criminality.”

Jim, by his own admission, is a figure who lets facts and not ear catching soundbites do the talking for him.

More than 70 prosecutions, over 40 of which have been recorded in the more serious Circuit Court domains in connection to violent disorder and feud related activity, the seizure of hundreds of thousands euros worth of assets with social welfare, revenue and other proceeds of crime probes still ongoing is proof of that.

Not bad for a garda boss who, while being at the helm of one of the country’s busiest rural districts, managed to come top of his class in obtaining a first class honours Masters degree in Ethics (Corporate Responsibility) from DCU.

As for his reasons in taking early retirement at 57, the straight talking garda chief told of how “a number of things came together at the one time”, a factor he hopes his colleagues and the wider public will understand.

Behind the uniform and well oiled rhetoric that comes with nigh on 40 years of scrupulous policing is a loyal and dedicated father who is looking forward to spending more time with those closest and dearest to him.

“I will definitely be doing that,” he said, in telling how he intends to spend more of his time after 37 years of unstinting and loyal service to the State.

“I just feel it’s the right time for me personally but I’m not getting the pipe and slippers out. There is a lot of living in me yet and I hope people don’t think I am running out on them because it’s an infinite game, it’s not about any one person.

“If somebody asks: ‘Was it a job well done?’ You can only do your best and if you have given it your best, that’s all you can do.”

And that you have Jim. The enduring trademark left by the name Supt Jim Delaney may not be etched in the annals of local history just yet, but its anti-crime shoots are already beginning to reap the richest of law-abiding dividends.

Take a bow Supt Jim Delaney because by crikey you've earned it.