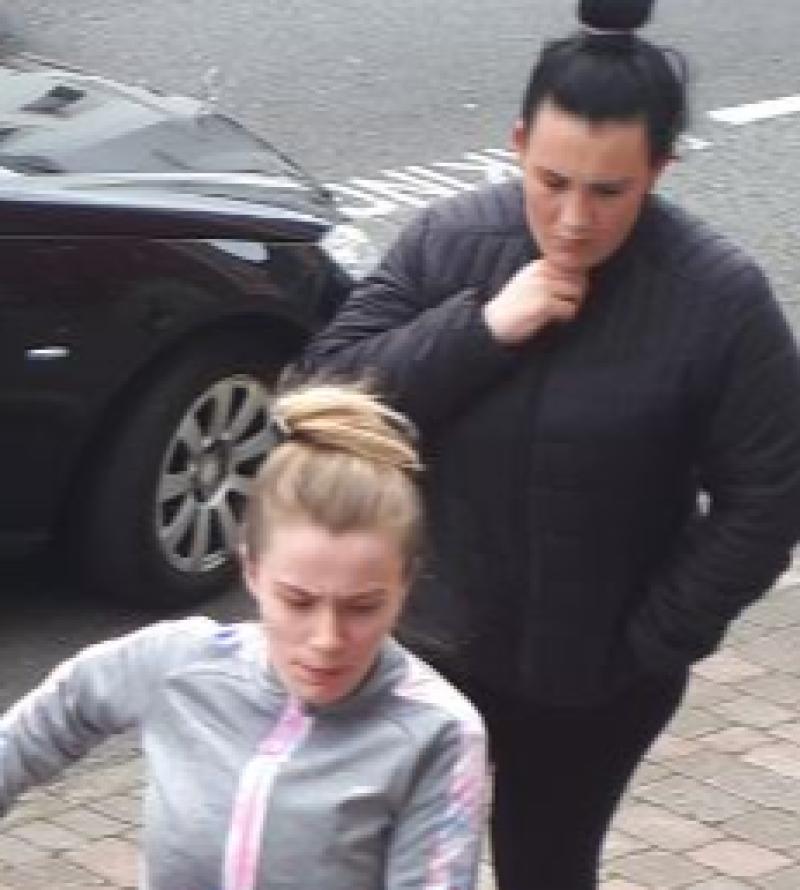 A court has heard how a heavily pregnant woman and a mother of two robbed an 86-year-old man of €130 by forcibly entering his home and pushing him to the ground in Longford town over the weekend.

Pauline Dempsey (22) 79 McKeown Park, Farnagh, Longford and Rachel Robertson (28) Moatfarrell, Ballinalee, Longford appeared before a sitting of Longford District Court this morning charged with stealing €130 and a Huawei mobile phone from the elderly man in the Canal View area of Longford on May 28.

Detective Garda Clive Glancy gave evidence of having arrested and subsequently charging the pair at Longford garda station shortly after 1am this morning.

He said Ms Robertson, a mother of two young children, replied: "I am sorry for doing what I done," after caution with Ms Dempsey making no reply when the same charge was put to her.Garda Clancy said it will be the State's case both women called to the alleged victim's home at around 8pm.

He told Judge Seamus Hughes Ms Robertson, who is known to the elderly man, knocked on the window of the house while Ms Dempsey watched on from the side of the property and outside of the view of the man.

Garda Clancy said both defendants, moments later, made their way to the rear of the house where the injured party opened the door.

It was at that stage, Garda Clancy claimed, Ms Robertson pushed past the man, causing him to fall to the ground as Ms Dempsey followed behind.Garda Clancy said once inside, both women made their way to the man's sitting room where a demand was made for money.

He said €130 was taken from the pensioner's wallet along with a mobile phone.

As both women made their getaway on foot, Garda Clancy said the victim attempted to go outside into the garden, but was quickly escorted back inside and was told: "Not to ring the guards".

He said the alarm was raised by a neighbour who allegedly heard yelling and shouts of: "Come back in, don't call the guards."

The court was also told Ms Robertson is currently on bail while Ms Dempsey is on Circuit Court bail arising out of the alleged possession of ammunition in September 2019.

Judge Hughes was told the victim sustained "slight soreness" to his leg following the incident and had not returned to his home since.

She said Ms Robertson had been living at home with her mother who was taking care of her client's children, insisting the charge before the court was a "slip" on her part.

Brid Mimnagh, defending for Ms Dempsey, said her client was a mother of a four-year-old daughter who suffers from an orthopaedic medical condition.

She also told of how Ms Dempsey who, she claimed, played a "lesser part" in the alleged incident, was also five months pregnant.

Judge Seamus Hughes remanded both women in custody with consent to bail on conditon of the submission of €500 and a further €500 by way of an independent surety.

On the basis those conditions are met, the pair were also ordered to provide an address outside Longford, to sign on at a designated garda station three times a week, provide a mobile phone number to gardai and to have no contact direct or indirect with the alleged victim.

The case is due to return before Longford District Court next Tuesday.