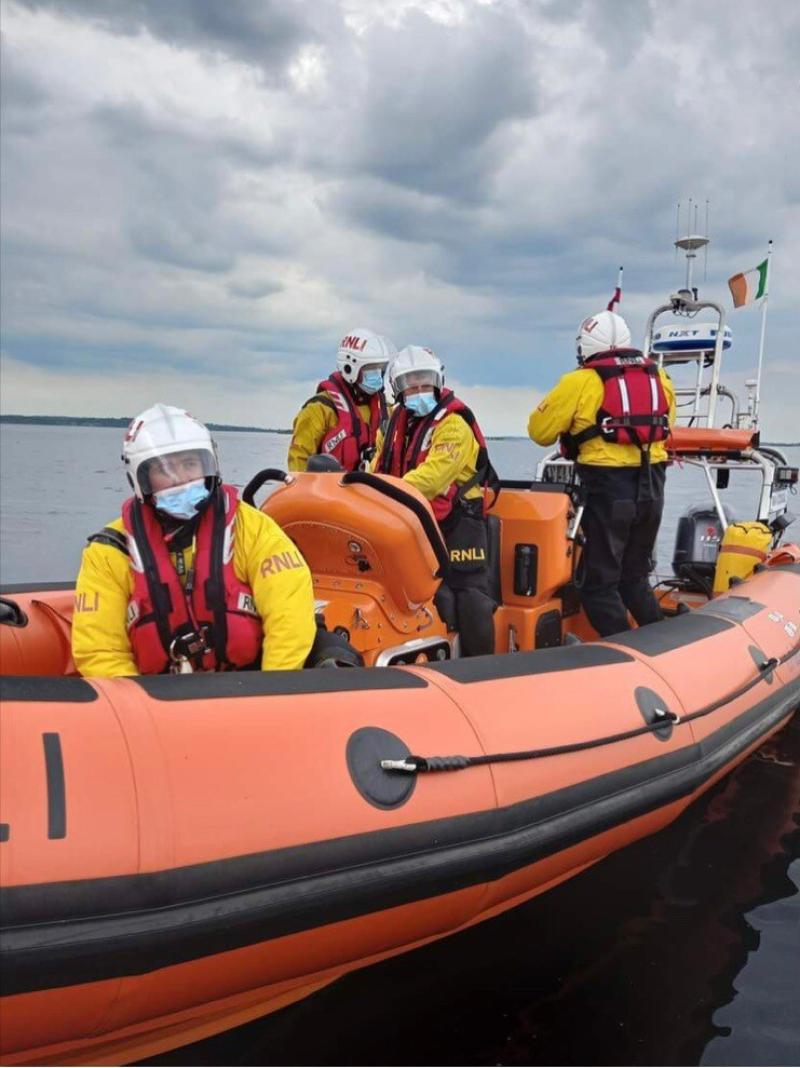 In two separate incidents Lough Ree RNLI volunteer lifeboat crew came to the assistance of six people at Gailey Bay and Nuns Island over the weekend.

At 6pm on Saturday (29 May) the Lough Ree RNLI volunteer lifeboat crew under helm Kieran Sloyan responded to a call for assistance from a private cruiser with two people on board which had run aground in Gailey Bay near Portrunny.  On arrival at the scene the grounded cruiser was inspected and then taken under tow to safe water.

Yesterday evening (Sunday 30 May) a call was received from a rib with four people and a family pet on board which had experienced engine failure near Nuns Island.  Under helm Shane McCormack the Lough Ree RNLI lifeboat ‘Tara Scougall’ with a volunteer crew  launched just before 6pm.  On reaching the scene everyone was found to be safe and the stricken vessel was taken under tow to a safe berthing in the Inner Lakes.

As the summer season begins and ahead of the June Bank Holiday weekend the Lough Ree RNLI volunteer Operations Manager Jude Kilmartin said: ‘It is so important for all who are planning trips on the lake or river to examine their equipment, prepare thoroughly, have a contact ashore and in the event of an emergency call 999 or 112 at the earliest opportunity.’

A new boathouse for Lough Ree RNLI is near completion at Coosan Point, Athlone. The charity welcomes public support for the Lough Ree RNLI Boathouse Appeal on its ‘go fund me’ page.