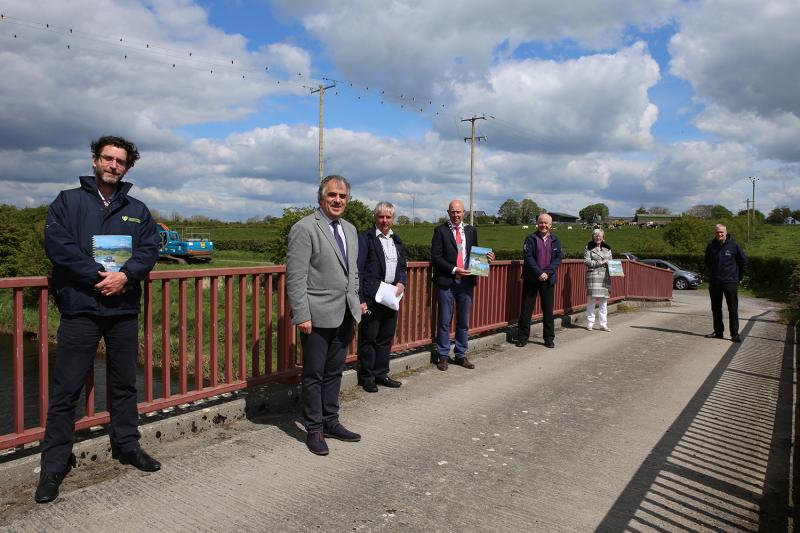 €180,000 is to be invested in the development of new facilities at the Red Bridge, Ballymahon on the Inny River, Shannon navigation.

Following the formulation and publication of the Shannon Tourism Masterplan, a number of new developments and projects are being advanced and funded through a collaborative and partnership arrangement between Waterways Ireland, Fáilte Ireland and the local authorities.

With its proximity to Center Parcs Longford Forest and the town of Ballymahon, the location is considered as a key destination for waterway and waterside development.

The Shannon navigation extends to the Red Bridge and is a popular destination on the eastern shore of Lough Ree, however no waterway or waterside facilities have been developed at the location to date.

Éanna Rowe, Regional Manager, Waterways Ireland said, “we manage and maintain some 8,500 metres of jetty space at over 52 locations along the Shannon navigation. Some locations are extremely popular, and the jetty provision cannot cater for the demand. An investment programme in new jetty provision has been developed by Waterways Ireland and a number of new facilities are now being introduced at specific locations with the support of Fáilte Ireland and in the case of the Red Bridge by Longford County Council. This partnership approach of developing much needed tourism infrastructure is central to the effective implementation of the Shannon Tourism Masterplan and the collaboration of both Fáilte Ireland and Longford County Council in delivering at the Red Bridge is greatly appreciated by Waterways Ireland.”

Welcoming the announcement, Paul Ross, Cathaoirleach, Longford County Council said, “This is a fantastic addition to the tourism offering in Longford. It will increase footfall in the rapidly developing town of Ballymahon and come as a welcome boost to business there. We look forward to seeing Shannon cruisers stopping off at this new jetty and cycling through the beautiful six kilometres of countryside into Ballymahon town to sample the local hospitality, heritage and culture. Ultimately, we hope it will become another direct link between the River Shannon and the Royal Canal Greenway, through Ballymahon along the River Inny.”

Paddy Mathews, Head of Ireland’s Hidden Heartlands said, “Fáilte Ireland is delighted to be able to contribute funding towards the development of the new jetty at the Red Bridge in Co Longford. This new facility will expand the capacity for mooring cruise boats along the Shannon in general and will open up access for hire boat users to Ballymahon and the eastern shores of Lough Ree, bringing economic benefits to more businesses in the area. This is clear evidence of the Shannon Tourism Masterplan in action and of the collaboration between Waterways Ireland, Longford County Council and Fáilte Ireland in growing the visitor economy in Ireland’s Hidden Heartlands."

Paddy Mahon, Chief Executive of Longford County Council explained that the development is yet another step forward for Longford’s Tourism Strategy.

“With thanks to our partners Waterways Ireland and Fáilte Ireland, the facilities at the Red Bridge will create yet another memorable visitor experience where tourists can access the county by boat, kayak, bike or on foot. The Red Bridge is a fine example of the impact the Shannon Tourism Masterplan is having, breathing further life into under utilised rural areas near the key Longford tourism offerings of the Royal Canal Greenway, Corlea Trackway and Visitor Centre and Center Parcs Longford Forest.”