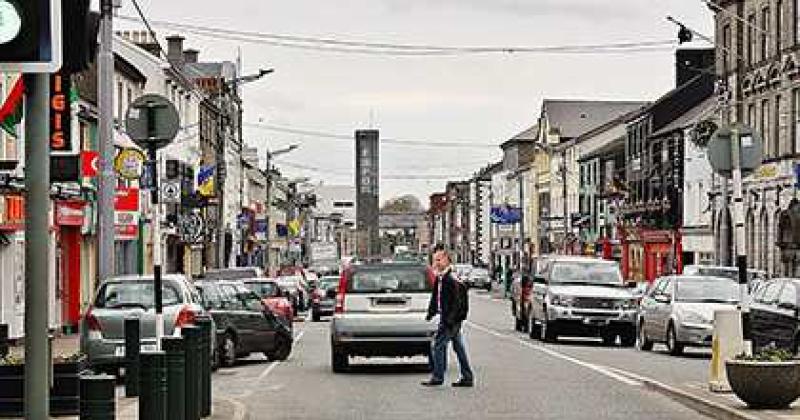 On street parking could be about to be dramatically reduced from the main streets of Longford town in a bid to kickstart the county's economic revival in a new post Covid-19 era.

Council bosses are "exploring" the possibility of removing parking from the centre of Longford town by encouraging motorists to utilise off street car parks.

Senior figures are likewise expected to make a decision over the coming days to potentially introduce a month's free parking in the main off street areas of town during June and into the first week of July.

The measures are being examined to try and support the county's beleagured retail industry following several months of enforced closure.

Cathaoirleach of Longford Municipal District Cllr Peggy Nolan flagged the idea at yesterday evening's meeting of the local authority by calling on council officials to open talks with local traders and chamber of commerce representatives.

The Fine Gael local politician said there was an onus on the council to underpin a sector of the local economy which has been left "on its knees" in the wake of Ireland's ongoing public health emergency.

"There is never a wrong time to do the right thing," she said.

"Businesses need a shot in the arm and they can't wait any longer. We can't wait another couple of months to see some of these businesses locked up.

"It's time to give the streets back to the traders because they are the lifeblood of what we are trying to do."

Fianna Fáil Cllr Uruemu Adejinmi and Independent opposite number Cllr Gerry Warnock supported those sentiments, but warned any moves to alter Longford's traffic management had to be done with the full agreement of local retailers.

"This is about changing habits," said Cllr Warnock.

"It has to be done slowly."

Cllr Martin Monaghan expressed caution at the proposal however, saying any possible talk of pedestrianising the main thoroughfare of the county town could have far reaching consequences for Longford's retail sector.

"I think the traders will put up a fight," he said.

"It (pedestrianising) could end up destroying the main streets of Longford. You will definitely have your pubs and restaurants, but you will have nothing else."

Cllr Warnock replied by insisting there was no likelihood of making the centre of town a no go area for motorists, claiming the proposal was aimed at allowing local businesses adapt to enhancing outdoor spaces.

"This is about minimising the amount of on street traffic and utilising off street car parks," he said.

Cllr Seamus Butler asked for a free parking waiver to be afforded to shoppers in utilising car parks away from the main access routes of town from May 31 to July 5.

"The message needs to go out that Longford is back in business and for us to say to people that you can park for four and a bit weeks for nothing," he told the meeting.

Director of Services John Brannigan said he was cognisant to the views expressed by elected members and vowed to relay the council's decision to councillors over the coming days.