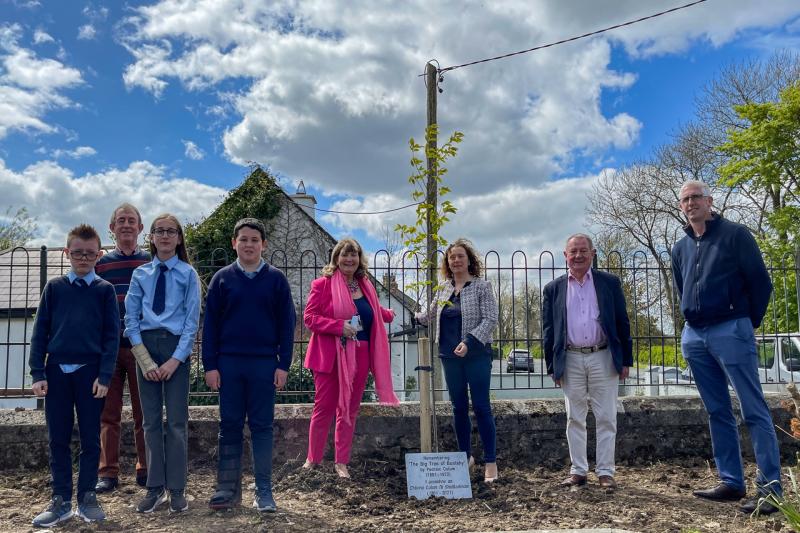 There was a global flavour to the 2021 Padraic Colum Gathering, with attendees from Britain, the US and Australia joining the online event on Saturday, May 15, last. Among them were several members of the extended Colum family, who have been great supporters of the Gathering since its inception in 2017.

The morning session consisted of two fantastic lectures. The first, by Professor Emeritus Colum Kenny of DCU, was about Padraic Colum’s biography of Arthur Griffith. Professor Kenny published the most recent biography of Griffith only last year.

The second, by Professor Margaret Kelleher of UCD, looked at Colum’s early work and the people who influenced him in Dublin in the early 1900s. Professor Kelleher is currently working on a joint biography of Padraic and Mary Colum.

In the afternoon, there was a presentation of projects on Padraic Colum by pupils from St Guasacht’s NS, Bunlahy. Padraic Colum had close connections with Bunlahy and one of his famous books was ‘The Big Tree of Bunlahy’.

Local historian Seán Ó Súilleabháin spoke about the history of Bunlahy, especially its famous gooseberry fair and ‘The Big Tree’, which was a well-known local landmark.

Councillor Seamus Butler, a member of the Padraic Colum Gathering Committee, planted an elm tree at the school. It commemorates both ‘The Big Tree’ and also the late Clíona Colum Ní Shúilleabháin, Padraic Colum’s grandniece. Clíona, whose untimely death occurred early in the year, was a great supporter of the Gathering and a valued contributor to each of the Gatherings since 2017.

To finish the event, attendees were treated to a beautiful rendition of ‘She Moved Through the Fair’, which is ‘The Song for Longford’ recorded by Longford singers and musicians and produced by Shane Crossan and Paul Gurney.

Speaking to the Leader, Councillor Seamus Butler thanked all involved in the Gathering especially the staff of Longford Library, Heritage and Archives service and Creative Ireland Longford who sponsored the event.

“It was a wonderful day and we were delighted that so many were able to join us, in particular the Colum family from around the world. We really look forward to welcoming all of them back to Longford in person next year,” he said.