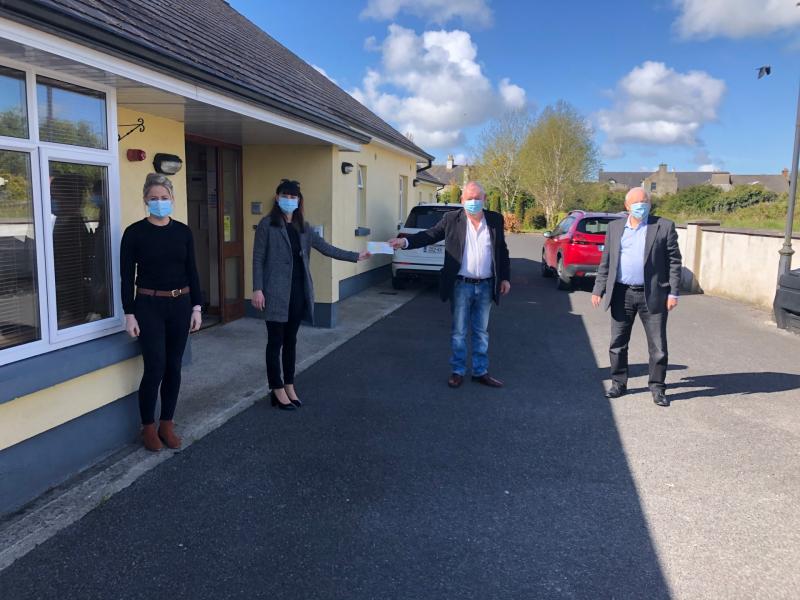 Eddie Noonan Rathmore Ballymahon came along to St Christopher’s Community Residence at Marian Avenue Ballymahon on Friday, May 7, to present a cheque for €2,000 euro in appreciation of the excellent care afforded to his brother Gerard from when the service opened in 2011 until until his sad and untimely passing in August 2018.

Eddie stated that he wanted to thank all of the staff of Marian Avenue for the great support and care that Gerard received during his seven years living there, something that himself and his late mother were very proud off, and he hoped that the donation would assist by adding further to the services in Ballymahon.