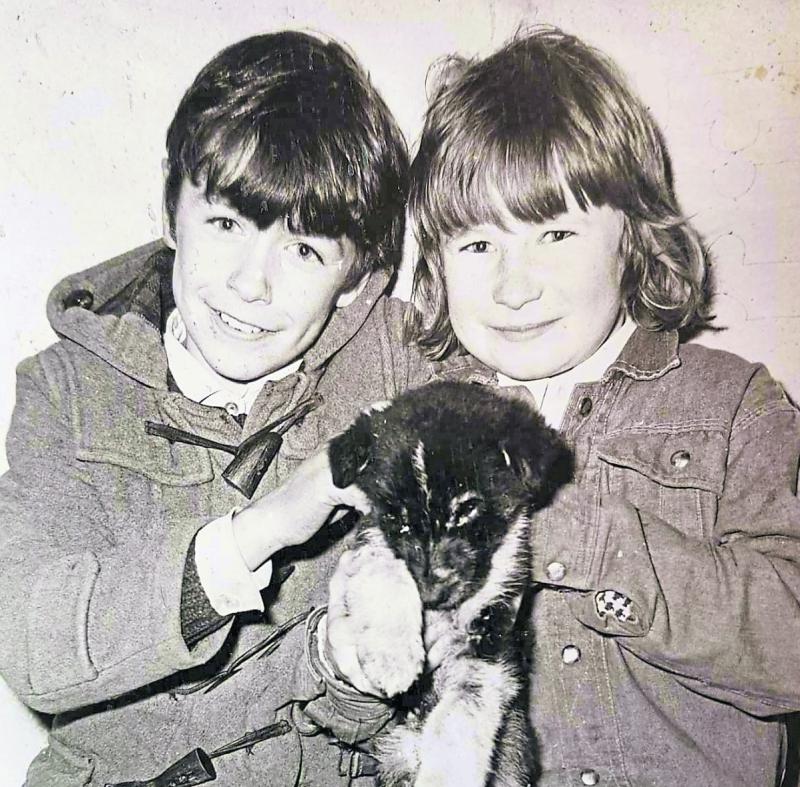 Once upon a time, there were two little boys. One named Tom and the other named Mark, and they lived in a town called Longford.

Tom, and his Teffia Park neighbour Mark, also went to school together, and in the evenings, they often wandered along the old canal line near their homes, and whiled away many adventurous hours together.

One day however, as the duo were making their way home from the canal bank, they heard cries from a sack which had been thrown into the water’s edge, and as any curious little lads would do, they went over to investigate the mysterious sounds.

They opened the sack and inside was a shivering, scared, little black and white puppy, who had been abandoned and cruelly left for dead.

The two boys wrapped the puppy in one of their jackets and brought him home, where they fed him, kept him warm and brought him back to life again over the following days, with all the innocent love and attention their new little cuddly friend needed and deserved.

But this is no fairy tale, it’s a real-life story and the little boys were Tom O’Brien and his best pal Mark Adams, and when the ISPCA in Dublin learned of this very good deed, their Chief Executive decided to travel to Longford and a delighted and very proud St Michael’s Boys National School, hosted a presentation ceremony where the two boys were each presented with a parchment citation and the gift of a battery-operated torch, much treasured by any boy in those days.

Apart from the teaching staff at St Michael’s School, the guests who attended included Cllr Tom Kilbride, Chairman of Longford County Council, Cllr Tommy Breaden, Chairman of Longford UDC, a number of other local dignitaries, and Paddy Devaney, the RTE cameraman who travelled from Athlone to capture the presentation on film.

The following night, the story of the two boys and the presentation, was featured on the six o’clock and nine o’clock evening news on RTE television, a rare occurrence in those days when provincial stories on TV were seldom about good things that happened.

Even at that very young age, Tom O’Brien was kind, generous and above all, a lovely human being, and during his far too short life, he never changed.