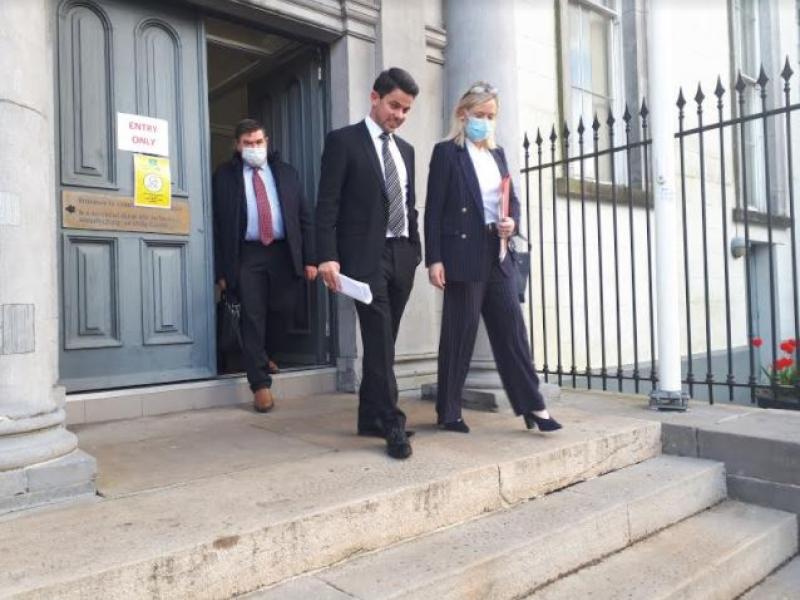 The bridal party and organisers behind the staging of an “illegal” wedding after party in Co Longford which attracted over 100 guests, have been ordered to come before the courts to explain their decision to “flagrantly” breach public health guidelines.

Judge Keenan Johnson issued the direction at a special court sitting in Longford this afternoon after an estimated crowd of 120 people attended a celebration on the outskirts of the county town yesterday evening.

Judge Johnson said he wanted to hear from each of the respective parties involved as to why the event proceeded just hours after an emergency circuit court injunction was granted to remove a 2,000 sq ft marquee which had been erected 24 hours previously.

“The dogs on the street knew that this was a complete breach of all public health regulations,” he said.

“It’s outrageous, absolutely scandalous. Not alone have they defied the public health regulations, they have flagrantly defied a specific court order.”

Judge Johnson said the events of last night and the contempt shown by both the organisers and attendees in defying a court imposed order was akin to a “law of chaos” in view of present Covid-19 health guidelines.

“This is an insult to the people of Longford that an event such as this which was a potential superspreader took place in the town,” he said.

“It’s an insult to all the people who are abiding by all the health regulations. There is a light at the end of the tunnel because people have abided by the regulations and yet these people are putting that all in jeopardy by flagrantly ignoring the law.

“It’s a complete insult to all young couples who have had to defer their weddings or scale them back to comply with covid guidelines.”

The court heard submissions from Niall Flynn, BL, for Longford County Council, who stated the local authority had done “everything within its remit” to prevent the gathering from taking place.

He revealed there had been “concerns” expressed among the council’s own staff about the “potential atmosphere” they would face in pressing ahead with removing the structure.

As a result, Mr Flynn said independent contractors from Blanchardstown were procured to dismantle the marquee but when they arrived on site at around 5pm a large number of wedding guests were already inside the purpose built tent.

Superintendent Jim Delaney said he and his officers had enacted all of the legislative measures which were open to them, insisting their role was to provide assistance to the council in the servicing of the court injunction.

He said gardaí spoke with members of the bridal party, the owner of the marquee and caterers involved in the event’s organisation, serving them with written copies of the State’s current Covid-19 health regulations.

Supt Delaney also told of how a detective garda had informed him of overhearing a conversation between the marquee owner and the father of the bride over calls for the tent to be taken down.

He said the local businessman was told by the man: “Under no circumstances are you to take down that marquee.”

Supt Delaney also revealed his concerns at how the independent company engaged by the council to dismantle the marquee were “poorly equipped”, adding that by the time they arrived the celebrations were already underway.

He insisted “no request” was made to either him or any of his officers to remove anyone from inside the marquee.

Judge Johnson said he was prepared to hold a special court sitting in Longford on Monday, ordering the bride and groom, their parents, the marquee owner and caterers to attend.

“My primary concern is there has been a complete and absolute breach of the injunction that was made by this court and people have to be made to account for that otherwise court orders lose their validity,” he said.

“It sets a terrible precedent that injunctions can be granted and yet people choose to ignore them.”