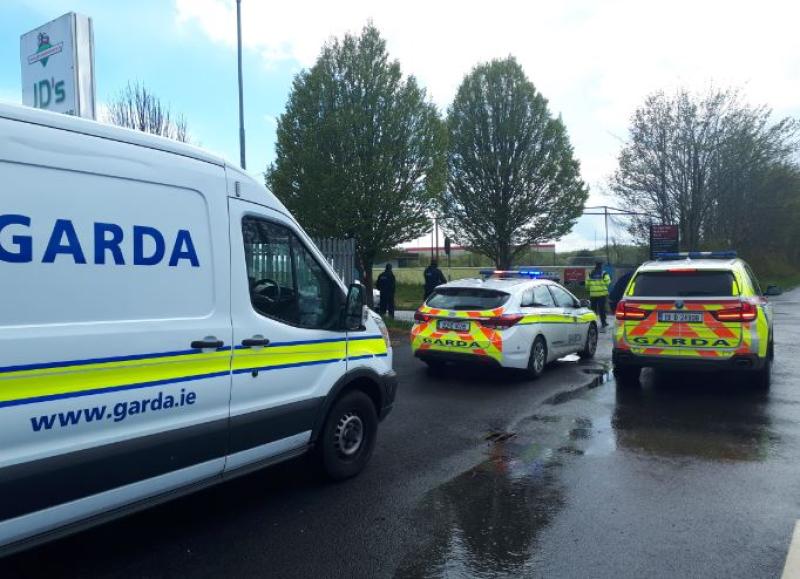 Calls have been made for Revenue officials to carry out a "root and branch" investigation in a bid to determine how yesterday's controversial Longford wedding party was organised and paid for.

"The full rigours of the law should be meted out on these people and anybody who supported it," said Chairperson of Longford Joint Policing Committee Cllr Seamus Butler.

"They need to be pursued because the reputational damage this has caused to Longford is immeasurable."

It is understood that 120 party goers filed through the doors of the marquee yesterday evening on the outskirts of the town, only hours after local authority chiefs obtained a circuit court order for its removal.

ALSO: Update | Longford wedding celebration attended by over 100 guests despite court order for marquee to be removed

The marquee was still in situ this morning inside the grounds of Longford Wanderers FC, a premises that lies adjacent to a local halting site.

The Leader has also learned council chiefs engaged an outdoor security company to move in on the site but by the time they arrived a large crowd had already gathered inside the tent.

Extreme frustration and disappointment has been expressed this afternoon at how the event was allowed to proceed.

Attempts, it is understood, were made by both the council and gardai to enter into talks with both families and the marquee owner on Tuesday to refrain from proceeding with the planned event.

Several uniformed gardaí including members of the armed support unit spent a considerable length of time at the scene yesterday directing any would be partygoers to desist from entering the marquee.

However, it's understood when gardaí left the scene, a crowd of over 100 revellers poured into the marquee where celebrations continued long into the night.

Gardaí have confirmed that no trouble was reported as a result of last night's events though it is understood a 'blame game' has erupted between council bosses and senior gardaí as to how the marquee both remained in place and that the event proceeded.

Sources close to the fallout have also indicated the reason why moves to remove the marquee weren't made earlier was because of intimidation made against outdoor council staff.

Traveller representative group Pavee Point described last night's events as "reckless" and one that threatened to undo recent inroads bodies like its own had made in establishing closer links with its members and the wider Traveller community.

"It's hugely disappointing," said a spokesperson.

"It just shouldn't have happened. The work that the HSE and Traveller organisations have done to educate Travellers, to see this is just very reckless and disappointing."

Cathaoireach of Longford County Council Cllr Paul Ross said investigations into the circumstances of last night had begun and will continue over the coming days.

"I am bitterly disappointed that despite all of the efforts which were made to stop this event from happening, it still goes ahead in the middle of a public pandemic," he said.