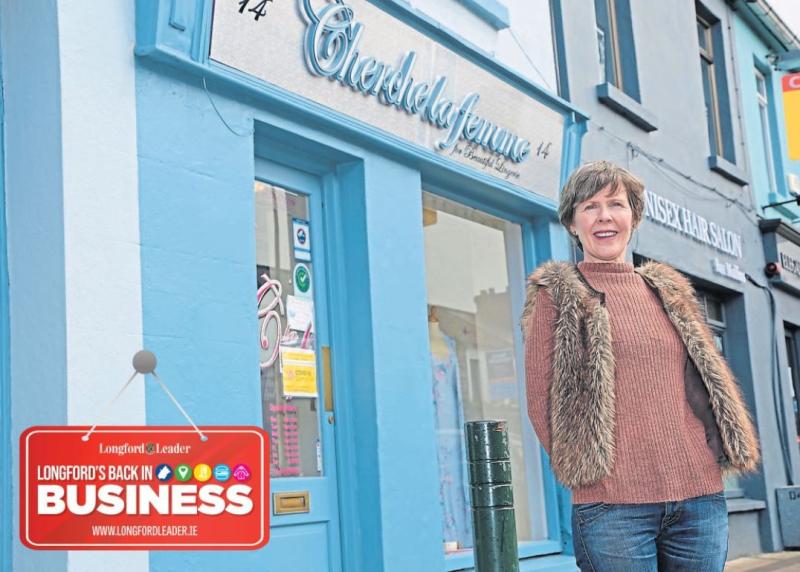 It’s been the best part of 14 months in the making, but from next week the economic shackles inflicted by Covid-19 will finally be loosened as Longford’s retail industry reopens its doors to business.

The first chinks of fiscal salvation will come next Monday when hairdressers, barbers and personal services such as beauticians and nail salons welcome customers back for the first time in several months.

In conjunction with the reestablishment of intercounty travel from May 10 alongside the reinstatement of galleries, museums and libraries, all eyes will turn to Monday week when retailers can finally pick up where Covid-19 had them off at Christmas.

Chamber of Commerce President Fiona Fenelon said the resumption of commercial activity locally and the durability of retailers to stay afloat was indicative of a much broader picture.

“A number of businesses have taken time to upgrade their business while there have also been some new businesses which have opened up in recent weeks.

“The supports that have been put in place have also allowed some of those to reinvent themselves and that shows how resilient businesses have been.”

The Chamber chief who took over the reins of the local business representative body last December also hinted at how Longford was in line for a new “continental” feel when outdoor hospitality resumes on June 7.

She said a recent zoom meeting involving over 50 local firms and local authority officials had proved “hugely positive” with many availing of permits and outdoor grant aids to facilitate external services in around four weeks time.

Those types of relief packages were ones a number of local retailers were keen to allude to this week as the county gradually charts its path out of over four months of lockdown.

“It's about right,” said Peter Dolan, of Spirit Clothing.

“We definitely don't want to get in a situation of having to close down again. It's about opening up, doing it safely and getting back to normal.

The onset of a global pandemic less than six months after the grand unveiling of the firm’s new €1m premises on Main Street was especially trying.

But thanks to the resolve shown by Peter, fellow co founder Joe Flynn and its staff, the business, despite losing 75 per cent in revenue, is ready to reopen its shutters to an impatient and excitable consumer public.

“It's something you couldn’t legislate for,” said Peter, alluding to the business’ marked downturn in day to day revenue.

“We were just treading water really though there were good supports put in place, like the EWSS (Employment Wage Subsidy Scheme and CRSS (Covid-19 Restrictions Support Scheme).”

The experienced businessman said whatever about the prevailing weariness that came with months of enforced restrictions, the signs for Longford’s economic future could not be any more appetising.

“Oh for sure,” came the reply when asked about whether the county was able to financially recover.

“You can see new businesses are already starting to open and there is a great energy around the town.”

They were soundings which were given further credence by Sharon Devlin of women’s lingerie store Cherche La Femme.

Like Peter, she contended the timing in allowing retailers to reopen was “correct”, adding the assistance from the council to businesses had been the “saving grace” in underpinning their long term future.

“Aside from when I opened during the first bust ten years ago, yes it really has been the toughest but you know what, we have weathered the storm and we are on the up again,” she insisted.

“Everything will come in time and it's just wonderful to see the lift that is around the place.”

And it’s precisely that ‘lift’ after months of state imposed closure that retailers hope will reap the richest of dividends as Longford prepares to write a new, enlightening chapter in its socio-economic history.