‘Good progress’ being made on Three Provinces Greenway plan 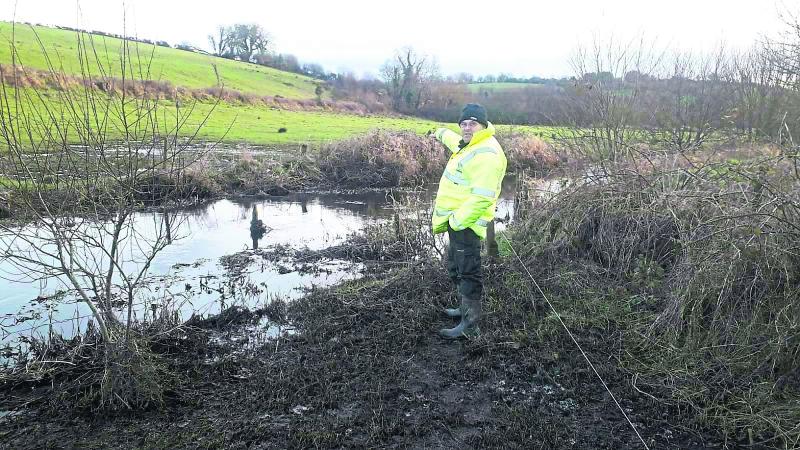 Representatives of the Three Provinces Greenway committee are satisfied that ‘good progress’ is being made in relation to the proposed greenway / blueway plan.

The Dromard group are proposing a greenway from where the three provinces meet at a point in the North Longford parish that would link Carrick-on-Shannon, Longford and Cavan with obvious tourism potential.

Community activist and committee member Joe Murphy stated, “We would like to thank Michael Sheridan and family for travelling the rivers and Lakes and demonstrating that the point is accessible by water. There is a lot of work being done in the three counties to reach agreement on the planned route. Now, we are working on the maps/plans for the route on the Longford side.

“This will take us from the point where the three provinces meet to Moyne village, then on to the Latin School and from there to Lough Na Bach where Dromard Area Men’s Shed have already secured funding from the Outdoor Recreation Infrastructure Scheme to start a walkway around the Lake.

“We intend to link up to St Patrick's NS and Moyne Community School from the Latin School, with this in mind we were in contact with both school principals a few weeks ago. We made contact after learning about a new initiative called Safe Routes to Schools Programme being rolled out shortly. This is jointly funded by the Dept of Education and Dept of Transport.

“The aim of this programme is to create walking and cycling routes within communities, with the view to encouraging more students to walk or cycle to school. We are committed to working closely with the two schools and will meet up with both principals when the Maps/Plans for the Greenway/Blue way proposed route is finalised.”

Mr Murphy continued, “The two schools are unique in a rural area as they are on the one campus and would make a great pilot project for the Safe Routes to Schools Programme. We have made this known to the Dept, this would mean that parts of our project could be funded through this new initiative.

“In addition to this, there is the natural link up with the footpath from the Schools to Legga Cemetery. The Community secured funding for this project back in 2019 and it is nearing completion.

“We would like to thank all who we have contacted so far, for their courtesy and encouraging words. This is much appreciated and gives us great energy to drive on with this development. We intend to keep publishing regular updates on this game changing and exciting project for the area.”