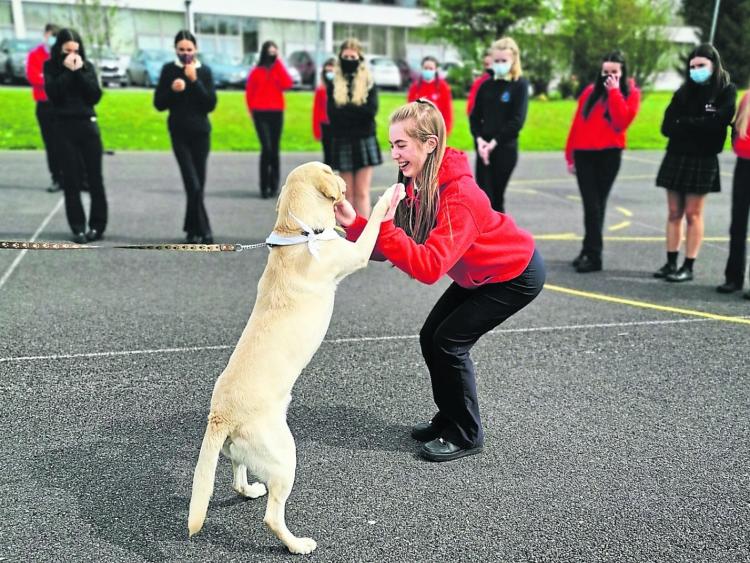 To celebrate the birthday of beloved Killashee teenager, the late Cian Neary, the charity set up in his name, Cian’s Kennels, launched a #CiansHi5 campaing, challenging people to high five their dogs, donate €5 to Cian’s Kennels via GoFundMe, and tag five friends to take part in the challenge.

Organisers of the challenge were thrilled to find that the campaign had managed to raise €5,000 in the short space of five days.

“Cooper needed his glasses to make sure he wasn't seeing double - yes we have raised over €5,000 in 5 days!! Hi 5s all round. Thank you all so much for your support,” said Cian’s family, posting a photo of Cian’s beloved dog, Cooper
Since then, the fundraising target has increased to €10,000, with over €6,000 raised by more than 400 donors so far.

The challenge has seen the likes of the staff at the Paediatric Unit at Midlands Regional Hospital Mullingar, Kevin McGahern and Jamie Carragher taking part.

To get involved, simply post a video or photo of yourself giving your pet a high five, and donate €5 to Cian’s Kennels Hi 5 Challenge on GoFundMe.com.

Don’t forget to tag five friends and use the hashtag #CiansHi5 when you share on social media.