Announcement of €6m is ‘transformational’ for Ballymahon 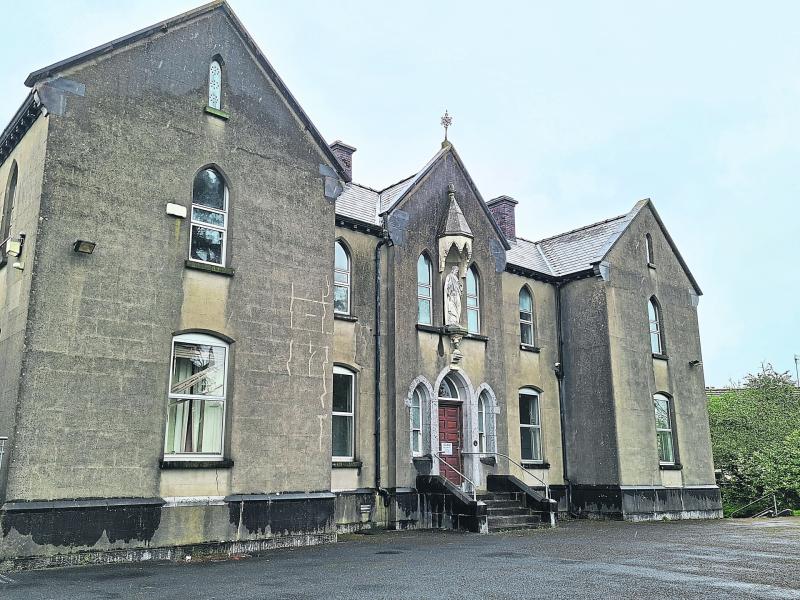 The Old Convent Building, Ballymahon is set to be brought back to life following Monday's €6m funding announcement

Red letter days are fast becoming a routine occurence in Ballymahon with last Monday being no different as the south Longford town added a near €6m community social hub to its bow.

For a town already home to European meat processor Kepak and multi million euro giant Center Parcs, seven figure sums are nothing out of the ordinary.

Yet, for the small band of volunteers and local politicians who helped engineer the announcement, it was an investment which illustrated just how far the town as a destination for business and tourism has come.

“It is a massive growth town, but growth has to be managed,” said Longford County Council Cathaoirleach Cllr Paul Ross.

“This new community services hub will do just that and ensure Ballymahon is one of the midlands’ leading towns in which to live and do business in.”

Junior Housing Minister and Longford-Westmeath TD Peter Burke paid tribute to how both the local authority and community activists had worked in tandem to address the town’s social, economic and physical needs.

“Through this and other government funds, Longford County Council is delighted to have attracted significant investment in the recent challenging months and we look forward now to delivering significantly for our communities and making Longford ‘the place to be’,” he said.

They were soundings which were given further credence by Fianna Fáil Longford-Westmeath TD Joe Flaherty.

“The funding will aid the development of a state of the art family resource centre, enhanced day care centre facilities  and a new youth club  building and a dedicated base for the local Men’s Shed,” he said.

“Today is about Pobal le Chéile and proof positive that community endeavour and old fashion Longford pride and enthusiasm will always win through.”

Senator Micheál Carrigy said the sums set aside by Ms Humphreys would go a long way towards revitalising some of the town’s older and more derelict buildings in order to provide vital community based services.

“I am delighted to see the funding approved for a project that will be utterly transformative for Ballymahon and its community in the years to come,” he said.

Senior Executive Officer with the Regeneration Team in Longford Co Co Terry Rooney said they are very excited about the announcement. “This project is what regeneration is all about – 'Pobal le Chéile' is going to bring three historic buildings in the town that served the community well in the past, back to life.”

In spite of the euphoria which was felt in Ballymahon the overriding feeling was one of dismay at the opposite end of the county as Drumlish saw its attempts to secure €1.3m to refurbish its existing community centre come up short.

Both Mr Flaherty and Mr Carrigy have come out this week calling for the project to be included in a later round of funding which is due to be announced later in the year.