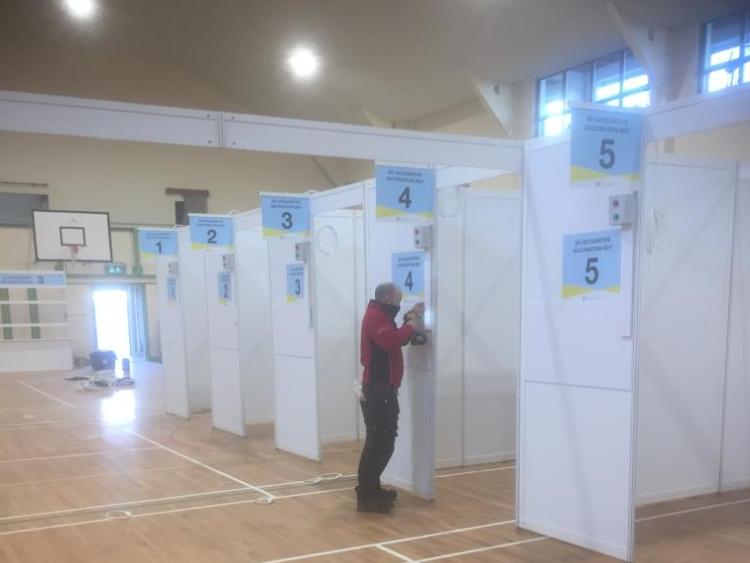 Longford's Covid-19 vaccination centre will only administer no more than 800 jabs a week, the Leader has learned.

It comes just days after a date of May 6 was confirmed for the opening of the county's Newtownforbes based facility.

It's believed the lower than anticipated administering of vaccines at the new centre is due to staffing and recruitment difficulties.

This newspaper can reveal however that HSE chiefs are hoping to bring forward the projected opening by a week with vaccination pods and other refurbishment fittings being carried out on a daily basis.

The Leader further understands the new centre will operate for two to three days a week in a move that is likely to heap further pressure on HSE chiefs.

It comes after county councillors held a lengthy debate on the issue at today's monthly meeting of the local authority.

Long time health advocate and Fine Gael Cllr Peggy Nolan said the delay in opening the centre was not surprising, insisting Longford was once again "lagging behind" other counties.

"Longford was not on the HSE's radar, it's as simple as that," she said.

"We are only getting a centre because of the efforts of the executive of Longford County Council. If people only knew the hoops they had to jump through."

Cllr Nolan alluded to how rumours of reported vaccination numbers being recorded at the new centre had led to talk of how many days a week the facility would be open for business.

"We have a date as to when the centre is to be opened, but that can change," she said.

Fianna Fáil Cllr PJ Reilly, who sits on the HSE's Dublin Mid Leinster Health Forum said he had been left in little doubt as to where Longford fell in the HSE's pecking order.

"I think we were left behind," he said.

HSE Forum chairperson Cllr Paraic Brady heaped praise on local volunteers in helping to bring the centre to a position of being open ahead of schedule.

However, the north Longford representative poured cold water on claims made by Cllr Nolan concerning talk of 4,000 vaccines being administered a week.

"If that is the case then we will be handing out vaccines to the people of Cavan, Leitrim and Roscommon," he said.

"It was only at the eleventh hour we got a vaccination centre and I do really believe we were the only county in the country not to be considered for one."