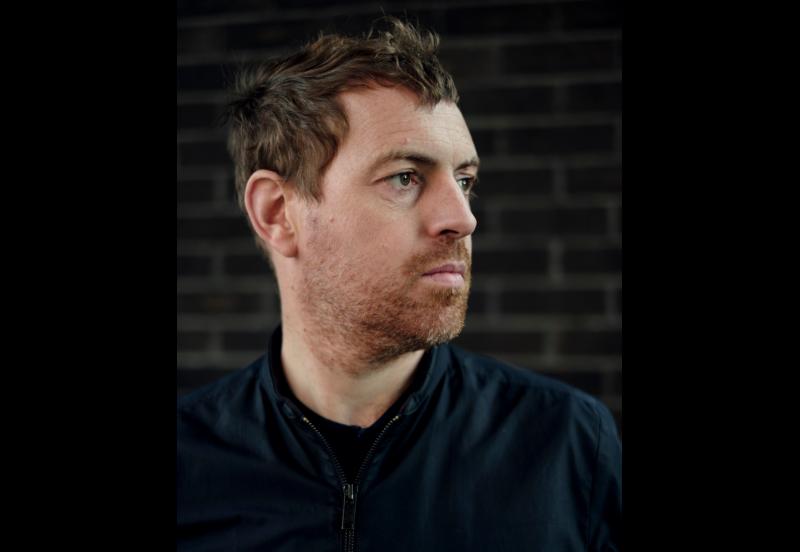 The artistic process of any creative is a fascinating topic of conversation when it comes to discussing a latest project or work of art or, in the case of Adrian Duncan, a latest book.

A glimpse into the Ballymahon man’s thought process shows that it is often past experiences and influences that shape an artist, as well as the interests that have stayed with them throughout their lives.

Adrian himself has a background in engineering and it certainly shows in the way he structures his thoughts and his writing.

A year later, in 2020, A Sabbatical in Leipzig hit the shelves, and has recently been nominated for an award.

His visual-art work is primarily installation based, most often using photography, film and sculpture. His process of making and the aesthetic of his works derives from an interest in language, and the processes of construction, amateur and professional.

Intelligent and easy to talk to, the local man, who is the son of Adrian and Jean Duncan, released his third book - a debut collection of short stories entitled Midfield Dynamo - just last month. And already he’s gaining traction, with Hot Press and the Irish Times reviewing the collection just last weekend.

But what is particularly striking about this local author is the well-built structure to his working process and how his background in engineering shines through when it comes to his writing.

“Midfield Dynamo is laid out like a soccer team - there are 11 stories and a coach,” he explained, as if this was the most natural way to structure a book. Doesn’t everybody do it that way?

“I was trying to understand how to arrange the stories and in what order so I turned them into a football team. Each story has a personality, so would play better in certain positions.

“John McGahern once said that stories can lean on each other. So I realised a way for me to visualise how to put the book together. I don’t think anyone ever has done it that way,” he added, with a laugh.

So he does understand how fascinating and unusual it is. In fact, the former Mercy Secondary Ballymahon student’s method of structuring his work could be considered an art form in itself.

“There’s a note at the beginning of the book saying what it is, though, because I can’t assume everyone knows how a football team works.”

Midfield Dynamo is a collection of 12 short stories, written over the course of 12 years or so. All stories are written in the first person and take inspiration from Adrian’s childhood fascination with football team formations, which he developed by playing football and by watching Longford Town games.

Happenstance and causal intersection interrupt the lives of the characters portrayed in these strange, energetic tales. The loose figures of young artists, footballers and artisan engineers act out against diverse backgrounds from Dublin’s northside to Hamburg, Abu Dhabi and Accra, lives tethered yet adrift in a random universe of hard scrabble and occasional illumination.

“Imaginations such as his are rare indeed, especially combined with the steely, forensic technical daring on view here. Make no mistake about it: Adrian Duncan is an artist of the highest order.”

Those are the words of Pat McCabe, author of The Butcher Boy, who wrote the blurb for the front of Adrian’s collection - something that is not lost on the local man.

“I was a huge fan of Pat McCabe. I got a copy of The Butcher Boy signed in Ballymahon in the Boglane Theatre when I was aged 14, so I was very pleased when he came back with a positive blurb to put on the front of the book,” said Adrian.

There’s a lot happening for Adrian at this particular moment in time. Following the release of Midfield Dynamo, it was announced that Sabbatical in Leipzig has been nominated for the Kerry Group Irish Novel of the Year Awards.

“It got some very nice reviews last year but then it kind of disappeared and I was a little bit sad, so I was delighted to get nominated because the book will be back in the public eye,” said Adrian.

The Covid-19 pandemic has had a serious effect on the arts industry, with a large number of events going virtual - book launches included.

“There was supposed to be a launch for Sabbatical in Leipzig last year but the pandemic hit and everything went online,” Adrian explained.

“There’s a huge difference now in how we’re handling online events. People didn’t really know what to do this time last year but there’s been a considerable amount of adaptation since then.”

This meant that Sabbatical in Leipzig didn’t get the same launch that Adrian’s first novel, Love Notes from a German Building Site received. But that didn’t stop it from attracting some positive attention in its own right.

“The story takes place over the course of an hour - sort of between your morning coffee and when you leave the house,” said Adrian.

“It’s about a retired engineer and he only owns two records and he plays them one after the other over 32 years. He’s a very ritualistic man. And on this particular morning, he receives a new record player, so he decides to play both of the records at the same time.

“So the story is about his memories and how he connects them to parts of his home.

“It’s a very different tone to Love Notes from a German Building site. The first book took about five years to write because I didn’t know what I was doing and then when Lilliput Press took it, it was like a huge weight was lifted and then I sat and wrote Sabbatical in Leipzig in four or five weeks and it didn’t really change much from the first draft.”

For a man who “didn’t know what he was doing”, Adrian has really made waves in the Irish literary scene - and in the space of just three years.

But he’s not done yet. In fact, Lilliput Press have signed him up for a third novel called The Geometer Lobachevsky, named after a 19th century mathematician, so who knows what kind of fascinating structure that one will take?

“Writing is just so interesting. I don’t plot the stories or plan them out but after a while you have to start crafting it into something more complete,” he said.

“At the very start of Sabbatical in Leipzig, there’s a question from the 1995 Leaving Cert Technical Drawing exam about a circle rolling across a curve.

“Pat Lynch was my teacher - he’s mentioned in the back of the book. I remember that course so well. It had a huge effect on me and on the style of Sabbatical in Leipzig.

“So instead of an inspirational quote at the front of the book, I used a 1995 Leaving Cert exam question. I had to contact the Department of Education to ask if I could use it and they were more than happy to have it printed,” he laughed.

“I still think of that Technical Drawing course a lot. School years are not often the best years of your life but I think back fondly and positively. The students - we were a nice bunch. We were all a bit cheeky but there were no bold ones.

“Peter Curran was my English teacher. He was a lovely man and a brilliant teacher as well. And I had Sister Frances for German. It’s funny how all those familiar experiences have had such an impact on my writing career.”

Midfield Dynamo is available via www.lilliputpress.ie, as are Adrian’s previous publications.