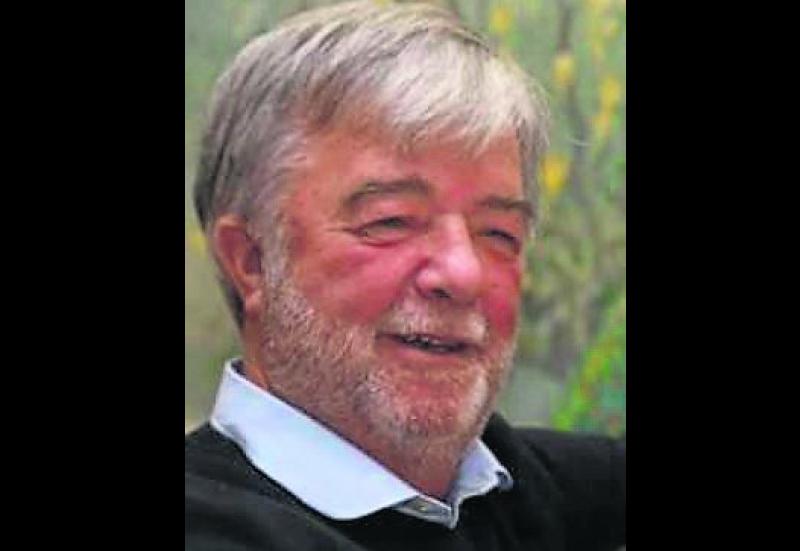 Many tributes have been paid to the late Frank Glancy of Templemichael Terrace, Longford Town, who died unexpectedly at his residence, on Saturday, April 3.

Longford Town FC Supporters Club remembered Frank for the significant role he played in reviving the club, particularly around the time that current Republic of Ireland boss Stephen Kenny was at the helm with De Town.

"The recent and totally unexpected death of Frank Glancy has shocked and stunned all those who knew Frank.

"All of his many friends are still finding it hard to believe that the happy, smiling, friendly Frank has departed.

"He leaves behind a massive void, most especially for his heartbroken wife Josephine, daughters Una and Laura and extended family. Josephine and Frank were childhood sweethearts and seldom seen apart.

"Frank was known and loved by all far and wide. He loved his game of cards, was an accomplished set dancer and was involved with both Scór and Tops of the Town.

"He was also an intergral part of De Town and played a significant part in its revival and success around the time of Stephen Kenny. Much of his hard work is what we see today in the facilities of Longford Town's Bishopsgate.

"He also had a wonderful passion for buying and selling, dealing and trading in clocks, antiques and autojumbles. Not alone was he well known and respected at Vintage car rallies or Car Boot Sales in Longford but all over Ireland and even beyond.

"Frank was a great, loyal and trusted friend. To know him was to like him, chats were always accompanied with laughter and banter.

"Although Frank's interests were wide and varied, his greatest passion and love were reserved for his beloved Josephine, his family and he especially adored his grandchildren.

"Our deepest and sincere sympathies are with Josephine and family at this terribly sad time. May his gentle soul. Rest in peace."

"We are deeply saddened by the news of Frank Glancy's passing. Our thoughts and prayers are with Frank's family at this difficult time.

"Frank was a committee/ cast member for many years and we have fond memories of Frank. Indeed his comedy skills in the John Player Tops is legendary.

“To say he was a gentleman is an understatement.

“A wonderful kind hearted man who will be sorely missed by all who knew him. Rest in peace Frank and 'break a leg' in heaven."

Predeceased by his parents Frank and Molly. sympathy is extended to Frank's wife Josephine, daughters Úna and Laura, sisters Mary and Bridie, brother Seamus, sons-in-law Colin and Nigel, mother-in-law Agnes, grandchildren Éva-mai, Emily, Jake and Mia, sisters in law and brothers in law, nieces, nephews, relatives and friends. May he rest in peace.