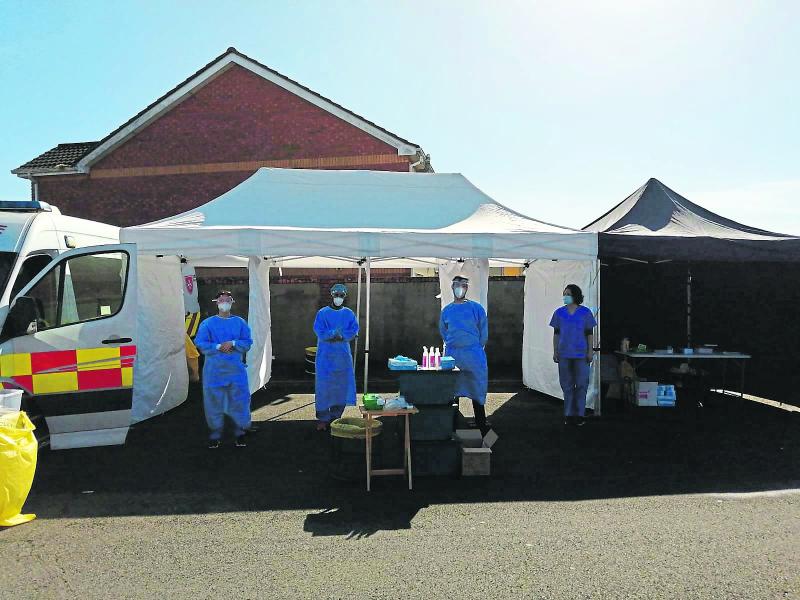 The temporary Covid-19 testing site at the Cluain Ard estate in Ardnacassa, in Longford town

When Longford was the county with the highest 14-day incidence rate per 100,000 of population in the country, there was a temporary Covid-19 testing site in Longford town.

The Longford pop-up event, which took place on Tuesday, March 16, slipped under the radar somewhat as it wasn’t promoted in any mainstream media.

A HSE spokesperson explained that the Longford event, at the Cluain Ard estate in Ardnacassa, Longford town, was instead ‘advertised by peer primary health care workers going from door to door in the area involved and speaking directly to residents and handing out flyers with information’.

Hailed as ‘very successful’, the Covid-19 testing and health promotion exercise in Longford was the first undertaken by the Department of Public Health in the Midlands, in partnership with the Traveller Health Unit and Safetynet.

The spokesperson explained, “The objective of this partnership programme of grassroots support is to bring these services directly to the people of these communities, many of whom are vulnerable.”

Safetynet undertook the testing and the Traveller Health Unit handed out packs of hand sanitiser, disinfectant wipes and face masks in order to assist people with infection prevention and control.

Dr Douglas Hamilton, Specialist in Public Health Medicine, provided health promotion through question and answer sessions specifically with each attendee. He leads this grassroots programme with the Traveller Health Unit and the CEO of Safetynet Primary Care. The HSE spokesperson concluded, “It is hoped that the partnership will roll out many more such events in vulnerable communities over the medium term.” ​

According to the latest figures from the Covid-19 Data Hub, the incidence rate remains above the national average in each of Longford's three electoral areas.

The national average for the same period was 164.1 per 100,000 population. The incidence rate in Ballymahon and Granard electoral areas was 183.7 and 196.7, respectively.