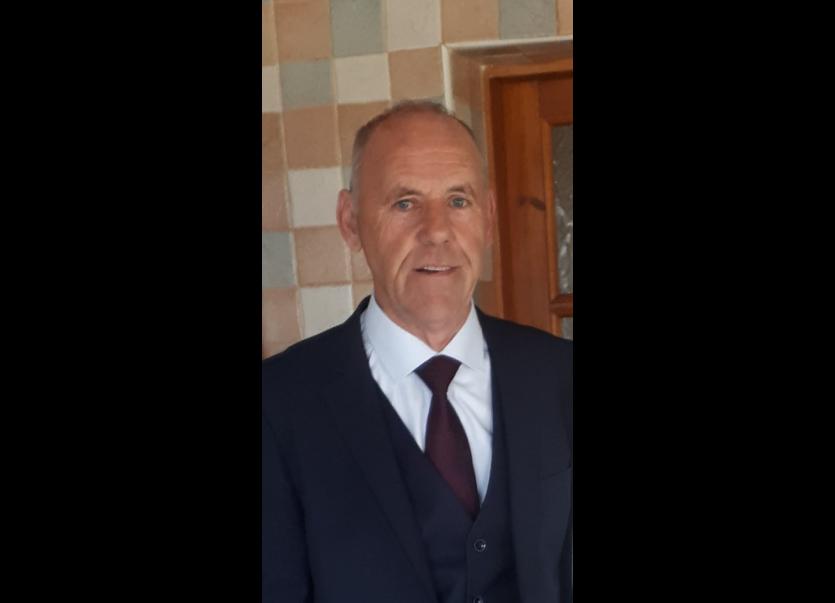 Predeceased by his sister Marie and his parents Bridget and James, the late Paddy was born in 1959 where he lived with his parents, brothers and sisters.

He trained as a Mechanic in Carrickmacross and eventually moved on to Dublin to work in the CIE garage in Donnybrook, where he met his wife-to-be Ann (nee Delaney).

They both moved to Ballymahon - Ann’s home town - where they built their home and had two children James and Tracey, whom he often spoke of with huge pride.

It was a great testament to Paddy that his family ended up in the same business. Indeed down the years he took many young lads under his wing and taught them the trade.

He took great pride in his family, his home and the garage and was a regular visitor back to his home place up in Corduff in Monaghan.

He has been described as Ballymahon’s “Dell Boy”, a charismatic man who was always ready to give a helping hand and to listen, an obliging neighbour to those around him. He would light up a room with his smile and his quick wit and of course he loved the craic.

Paddy was passionate about Vintage cars and Tractors, outside the Church on the day of his Funeral, his Fordson Super Major Tractor, his plough and his Ford Escort Vintage Car took pride of place.

He loved ploughing and took part in the All Ireland Ploughing Championships many times, where he was very successful. He will be sorely missed by the Ploughing Community. He loved jiving and was known to be very good at it.

Paddy was very involved in many Charities and was Chairman of the “Harvest Field Day” fundraiser which raised substantial funds for the Sub Aqua Club which was started after his brother-in-law Seamus passed away suddenly, he was a great event organiser.

Paddy’s Funeral Mass was celebrated by Fr Liam Murray in St Matthew's Church on Wednesday, March 10 with the music and beautiful singing by Kate Connolly.

Symbols representing his life brought to the altar included a family photo, he loved his family dearly and their unity together; a prayer book with his daily reflections, a model car symbolising his passion for his work, a video of “Only Fools and Horses”, Paddy had a great sense of humour and a witty personality; a Manual on how to Plough, he had a competitive nature and was a passionate ploughman and last but certainly not least, a painting of Paddy on his Tractor, a gift from his loving daughter.

Tracey spoke poignantly at the end of the Mass about her Dad and of the amazing care he received in the hospital during the short five weeks he was being treated. He never gave up hope or his faith and was still laughing and making new friends during his time there.

Paddy died in Tullamore hospital after a very short illness with cancer, less than 5 weeks from diagnosis. He was 61 years of age. His remains were laid to rest in Shrule cemetery.

Many neighbours and friends lined the road as Paddy was being brought on his final journey which bore testimont to the respect which has been held for himself and his family by so many.