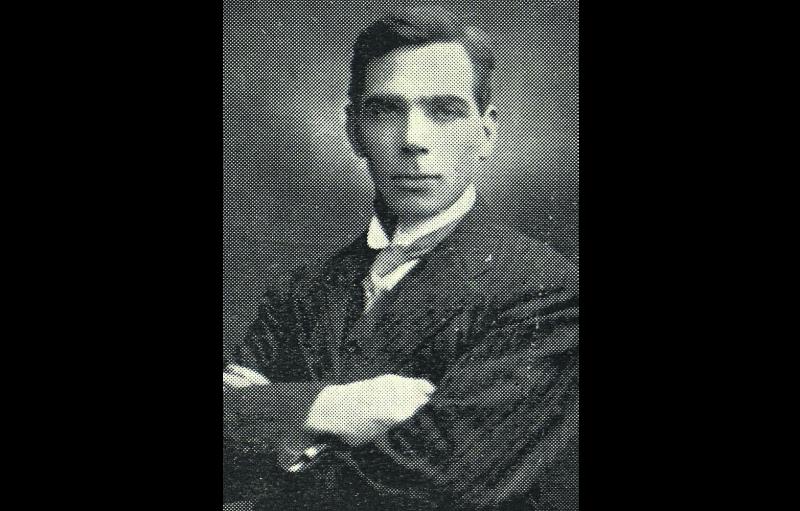 Pictured is War of Independence veteran and member of the first Dáil, Brian Cusack from Granard. His youngest daughter Sr Felicity (Veronica) Cusack

The death has occurred of Sr Felicity (Veronica) Cusack, daughter of War of Independence veteran and member of the first Dáil, Brian Cusack from Granard.

Sister Felicity passed away in the care of St Mary's Nursing Home, Shantalla Road, Galway. The youngest daughter and last surviving member of the Granard native’s family, she was predeceased by her brothers, Pearse (Fr Aidan OCSO, Roscrea), Brian and Mick; sisters, Nora and Catherine.

A much loved member of the Carmelite Sisters, she spent many years in Fayoum, Egypt, as well as Loughrea and New Ross.

She is survived by her nieces, Felicity Henderson and Maria Gallagher, nephews-in-law, grandnieces, grandnephews, loving cousins, extended family and friends. The family still have relatives in the Ballinalee and Granard area. Her funeral mass took place on Monday, March 15.

Brian Cusack was astutely politically aware before he ever departed for Galway where he would study medicine at the university.

He was elected to the first Dáil as a Sinn Fein representative for North Galway in 1918. He was a founder member of the Volunteers in Galway and was interned in May 1918, and again during the War of Independence.

He didn’t feature in the historic photo of the first meeting of the first Dáil in January 1919 as he was one of the 38 new TDs imprisoned at that time.

They included fellow Longford TD, Joe McGuinness and the two former St Mel’s College students were duly seated side by side in a later photo of the first Dáil taken on April 10.

He didn’t contest the 1923 election but remained very active politically and was one of the founding members of Fianna Fáil in 1926. He was convinced to stand for the party in the 1927 general election but wasn’t successful and afterwards resumed his medical career.

Cusack was born in Granard where his father, a Cavan man, ran a drapery shop. The future TD and his three brothers were highly politicised.

Another brother, Patrick, ironically stood for the Irish Parliamentary Party in Meath North in the 1918 election and was beaten by Sinn Fein’s Liam Mellows. Another brother, Paul Cusack, was arrested after the 1916 Easter Rising and was interned in Frongoch in Wales.

The family maintained a long association with St Mel’s College and the third brother, Thomas Cusack, was the second President of the St Mel’s Past Pupils Union in 1961-62.

The brothers were also first cousins of Kitty Kiernan, who was of course romantically linked with Michael Collins.