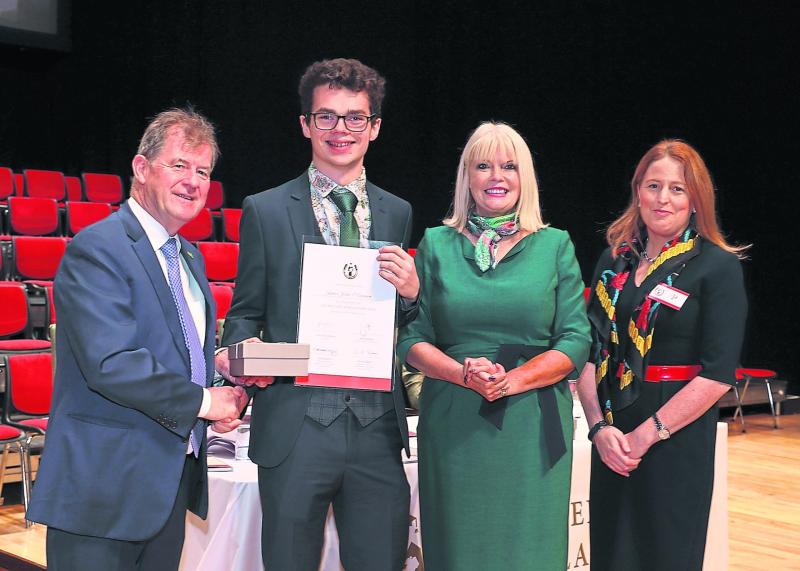 James John O’Connor, from Newtownforbes, has been named as one of 12 shortlisted entries for the first-ever All Ireland Scholarships (AIS) Alumni Association creative writing competition award.

The competition, which was run late last year, was open to all recipients of the All-Ireland Scholarship Award since its inception in 2008.

James’s story, On Procrastination, will go up against entries from AIS Alumni from across Ireland in a bid to be named the first-ever winner of the competition.

Sponsored by JP McManus, a stellar cast of award-winning authors are judging the competition, including Joseph O’Connor, Sinéad Gleeson and Donal Ryan.

James is in now the running for the top prize of €1,000, which will be announced in March.

Entrants were offered the chance to submit stories into one of two categories, fiction and creative non-fiction, in 2,000 words or less.

On Procrastination is in the non-fiction category while author James, who received his AIS Scholarship in 2019, is currently studying BA International Relations and International Organisation in University of Groningen, The Netherlands.

Creative writing competition sponsor, JP McManus, said: “I fully commend the Alums who took time to enter this competition and display the breath of their writing talents. It was a very difficult job for the judges to narrow down a shortlist, such was the quality of so many entries received. I thank each and every person who entered and look forward to the next instalment later this year.”

To date, 1,496 students from across Ireland have received an All-Ireland Scholarship, which is awarded to the best-performing students in any given year that meet set criteria, such as attending a non-fee-paying secondary school and being exempt from the Leaving Cert. fee. Recipients of the scholarship receive full financial support for the duration of their third level studies.