Celebrating Longford's Inspiring Women #IWD2021 - Peggy Nolan: The centre of the local community is its women 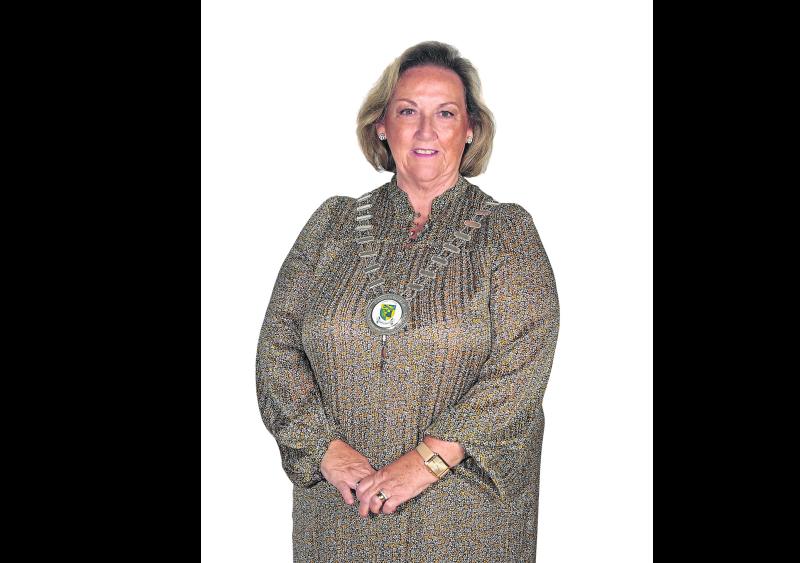 According to the World Economic Forum, gender parity will not be attained for almost a century. But according to Cathaoirleach of Longford Municipal District and long time representative on Longford County Council, Peggy Nolan, that is “crazy stuff”.

“I can’t see the younger generation of women stepping back and being expected to be second best to their male colleagues,” said Cllr Nolan.

“It takes my breath away the ability and the confidence of the younger generation. I wouldn’t think many women would settle for second best. They’re movers and shakers.”

In no particular way with Covid times. I have four sisters - three of them are living in town. I'd usually go for a coffee, meet a few friends, go to lunch and just be in the moment.

Internationally, women are being recognised. But there isn't parity. There's so much that's not recognised with regard to pay differences, opportunities. Nothing has ever been made easy for women. They often have to be three or four times better than their male counterparts to even be recognised. They're often the silent ones in the community but they know what they want and they know what it takes to succeed. Cream will always rise to the top.

It's very sad that there aren't more women in politics. I'm not a fan of gender quotas because I think they can belittle the achievements of women. There's also the assumption that women will vote for other women. That's not the case. Women will vote for whoever they feel will bring the most to the table. Ten women put their names on the ballot paper for the last local election and only one was elected. I know how privileged I am to be that women but each of those other women had something to bring to local government.

I was a housewife. I sold shoes for a living. And I was listening to people and seeing what was going on spurred me to try and make a difference.

According to the World Economic Forum, gender parity will not be attained for almost a century. Do you agree? Could it be attained sooner?

Absolutely (it could be attained sooner). This is crazy stuff. I've always had parity of pay because I was a retail trader. But that saddens me. I can't see the younger generation stepping back and being expected to be second best to their male colleagues. Do these people realise what women are coming up in this generation? It takes my breath away the ability, the confidence, the go-getter attitude that the younger generation has. I wouldn't think many women would settle for second best. They're the movers and shakers.

I've had so many great role models. I got a phone call at the start of the pandemic from a friend of mine who is a retired nurse. And she was in tears because she couldn't help her younger colleagues. I have a sister who was widowed with three children at 31. She set up her own business. She had a benign tumour removed from her elbow. She has three children with three degrees. She went back to education and now she teaches hairdressing. I've been blessed with so many friends who are women. Women were a novelty if they were working mothers once and if they tried to succeed. Now you can be whatever you want. You can do whatever you want.

Covid-19 pandemic - how has it affected you and how are you and your family coping?

Terribly. Absolutely terribly. When I was first elected, I wasn't a bit IT savvy. I would long hand press releases an dhave them typed up. I love being on the phone, love being proactive. I'm a hugger. I miss my friends. But I'm healthy. My family are healthy. Covid-19 took the personal out of my life, but it hasn't taken the life out of me.

Plans for when lockdown restrictions are lifted?

I'd like if the family can get together. We as a family have missed really huge milestones in me and Paddy's lives. I'd like to give someone a hug. I'd love to have a big party. We're not party people but I would love to have the whole family around me. Times like these really make all of us appreciate the little things.

Any final words of wisdom to the women of Longford?

Realise your worth. People will try to put you down. The world will try to put you down. But you need to realise you're special and realise your worth. You will face challenges every day, no matter what you do or how much money you make. But you need to believe in yourself and know that people can only look down on you if you look up to them. Don't ever look down on people, but don't let them look down on you either. I always say, you're better than nobody - but there's nobody better than you.