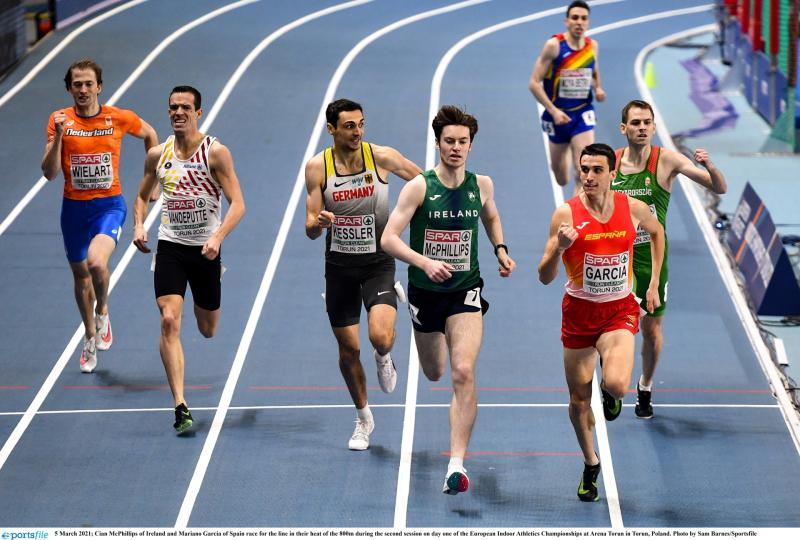 Longford’s Cian McPhillips, making his senior international debut, has powered his way into semi-finals of the 800 metres at European Indoor Championships in Torun, Poland this evening.

The Moyne Community School Leaving Cert student, running in heat 3, surged his way from 7th to 2nd place inside a lap and he comfortably qualified fro the semi-final in a time of 1:49.98.

The first three qualified for the semi-finals tomorrow.

Ireland's Mark English ran in Heat 2 and he also qualified for tomorrow's semi-final, finishing third in a time of 1:49.79.

Cian McPhillips, at just 18, reaches the 800m final at the European Indoor Championship after a controlled run in the semi-finals. #torun2021 pic.twitter.com/ic9uWBfJr0