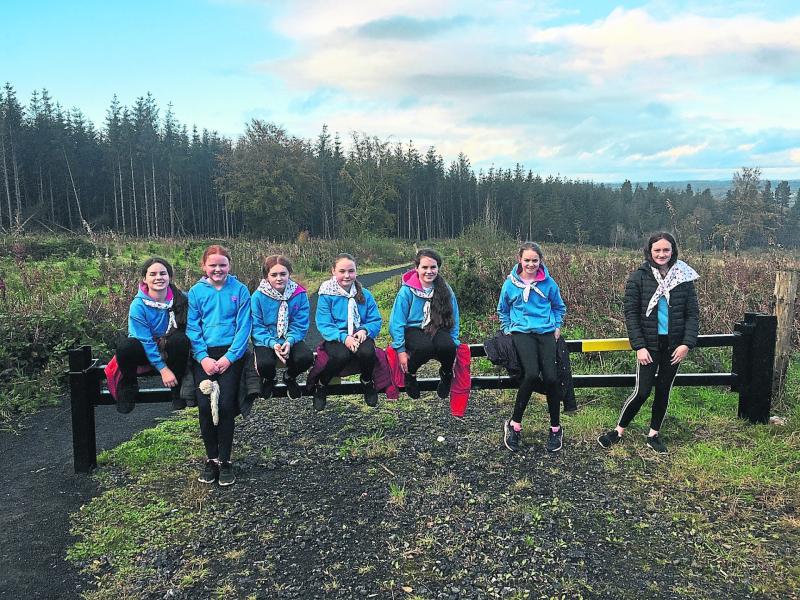 Ardagh Girl Guides had a World Thinking Day to remember

Ardagh Girl Guides had a World Thinking Day that they will forget as they witnessed the birth of an Aberdeen Angus bull over Zoom and named him Baden, after Robert Baden-Powell, founder of the Girl Guides movement whose birthday is also celebrated on Thinking Day.

In normal circumstances there would be a ceremony and girls from all units would get together to celebrate together.

Ardagh Girl Guides were having a very different Thinking Day meeting over Zoom, in attendance was Emma Kenny, who has not missed a Zoom Guide meeting since lockdown began back in March last year!

The Guides were making a Peace Pinwheel as a craft when Emma announced that the calves hooves were out!

She explained to everyone that she was in the yard where her purebred Aberdeen Angus cow was calving.

As Emma tried to multitask, she considered that it might be a wonderful idea to include the Guides in the excitement of the event, turning the camera on the cow, who calved before the end of the meeting, a fabulous bull calf.

The Guides and Brownies in attendance were all very excited by this unexpected addition to the meeting and Margaret, Emma's Mum invited them to think of a name for the bull.

An Aberdeen Angus purebred, the newborn's sire is by Matteo and dam is by Americano and is a 3 year old and this is her second calf.

The Kenny's purebred herd is registered with The Irish Aberdeen-Angus Association which meant the newborn had to be named with a name starting with the letter B.

The Guides and Brownies put their thinking caps on and we were inundated with Bodhi, Bambi, Brutus, Barneys.

The final choice was Baden - after Robert Baden-Powell, founder of the Girl Guides movement whose birthday is also celebrated on Thinking Day.

Ardagh Girl Guides have been meeting on Zoom throughout lockdown.

Joanna Pearman, Guides' Leader said, "This time of year is always "Cow Story" time, as every week girls come in with anecdotes and news of what their cows have got up to during the week. It was so exciting to have a calf arrive in the middle of the meeting - the ultimate Cow Story!"

To find out more about Ardagh Girl Guides please contact Joanna on 086 237 2616 or find us on Facebook @ArdaghGirlGuides.