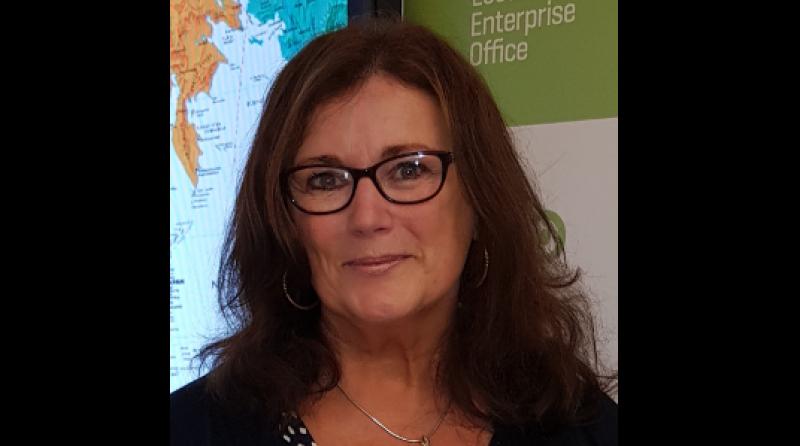 Longford’s Louise Lovett was elected as Chairperson of the National Women’s Council of Ireland (NWCI) in June 2020 and for her, International Women’s Day is a day of celebration and solidarity.

“As well as a celebration of women’s achievements and recognition of improved rights and entitlements for women and girls, it is also a day for raising awareness of the need to continue to advocate for women’s equality and gender parity,” she remarked.

Credited with building a new vision for Longford Women's Link, Louise retired as CEO of LWL after almost ten years at the helm last December. She was selected as Image Magazine’s Social Entrepreneur Business Woman of the Year 2017.

Obviously due to current level 5 restrictions, IWD celebrations will be very different this year, many virtual events which will take place either during the week running up to, or throughout the week of March 8. This is a real pity as part of the magic of IWD is the coming together of women from all backgrounds and interests.

On March 4, as part of the National Women’s Council IWD events, I will be jointly chairing a webinar which  will see the launch of the findings of research carried out in 2020 examining interest in local women's caucuses and what supports are necessary for their development. One of our local TD’s Peter Burke, Minister of State with responsibility for Local Government and Planning is speaking at this event which is open to everyone. If interested people can register by logging on the NWCI website. I don’t have plans as yet for March 8.

For me personally it is a day of celebration and solidarity. I love that it is recognised and celebrated right across the world. I was in Madrid directly before IWD and the first lockdown last year and when visiting the famous statue of the Bear and the Strawberry Tree (which forms part of the city’s coat of arms), I was delighted to see the level of official IWD support as the bear was wearing a purple & white scarf (2 of the IWD colours) in honour of upcoming IWD.

As well as a celebration of women’s achievements and recognition of improved rights and entitlements for women and girls, it is also a day for raising awareness of the need to continue to advocate for women’s equality and gender parity.

There are still so many areas where parity and equality fall short for women and girls but I suppose in my role Chairperson of NWCI for IWD 2021, parity in political representation is one of the key areas that I believe we need to keep to the fore and to work towards, hence the webinar referred to previously.

Generally women are no better or worse than men as representatives, they are simply different and bring with them a different perspective. Balanced representation brings with it a balanced gender perspective both in policy development and decision making, which will benefit both women, men.

#ChooseToChallenge is the theme for IWD – applying the theme to your own life and career, what might it mean to you and what is your view or interpretation on the theme?

Most of us and especially those in policy and decision making roles will not find ourselves marginalised or directly impacted by poverty, social exclusion, barriers to accessing education and employment and everything else that contributes to inequality in our society. The status quo suits us and so we don’t see the need to challenge because we are ok.

I was like that in my younger years but with age and experience, realised it is important to get involved and to challenge the impact on the ground of sterile ill thought out policies and decisions as often, those most severely impacted find it more difficult to be heard.

According to the World Economic Forum, gender parity will not be attained for almost a century.  Do you agree? Could it be attained sooner?

There is definitely a long road ahead unless we look seriously at gender proofing and gender mainstreaming, which would see gender considerations being applied to all policies, programmes, practices and decision-making so that an analysis is made of the effects for women and men, and appropriate action taken to ensure that neither gender is disproportionately advantaged or disadvantaged.

I realise that many women and men reading this will wonder what I’m on about, convinced that we have full gender parity and equality in the western world and that the lack of parity exists elsewhere. Unfortunately, this is not true.

Here at home, we only have to look at how the survivors of the mother and baby homes, those impacted by the cervical check scandal and victims of domestic and sexual abuse are treated. Then there is the gender pay gap, the pension gap, how lip service is paid to unpaid/undervalued  care givers and childcare practitioners the majority of whom are women, the number of women in politics and on executive boards, I could go on and on.

Where one gender has the balance of power, there is not a lot of appetite for gender mainstreaming as it will upset the status quo. Just look at the lack of maternity leave for TDs. For committed gender mainstreaming, balanced political representation is essential.

Have you ever suffered at the hands of or know of a family member or friend that has suffered due to gender bias?

I’m not aware of being impacted by gender bias in my career, but often those impacted by biased conversations or decisions are not privy to the conversation or the decision. I have observed bias in respect of pregnant colleagues.

My mother and a former boss. My mother for her unconditional love and support, her integrity, intellect and her sense of fairness and concern for the wellbeing of others. My boss for her encouragement and for helping me to see my potential.

Three highlights/achievements/initiatives of your decade at the helm as CEO of LWL, why were they significant?

I thoroughly enjoyed my time at the helm of LWL, supporting women in crisis, developing opportunities for women to achieve economic independence, working to progress women’s equality and influencing policy development at local, regional and national level.

A standout achievement would be LWL’s purpose built accredited training & education centre which now provides options from start off taster courses up to masters level in conjunction with Carlow IT.

A key initiative was the expansion of LWL’s Domestic Violence support service to include supports to children and a memorable highlight was being selected as Image Business Woman – Social Entrepreneur.

Covid-19 pandemic – how has it affected you and how are you and your family coping?

Thankfully, none of us have contracted Covid-19 so we are just enduring lockdown like everyone else.

Plans for when lockdown restrictions are lifted?

Nothing specific, I think we are all Zoomed out at this point and longing for the spontaneity of an in person get together. I’m looking forward to meeting up with friends, going for coffee or a drink, shopping, the cinema etc., all the things I took for granted before Covid-19.

Childcare – should it be government run entirely and pay scale reflecting the qualifications and experience of the employees and the importance of the role they play in early years education?

Definitely, Childcare or Early Years Education (EYE) in Ireland needs a rethink as the current set-up is not sustainable. EYE  should be part of the state run education system and resourced accordingly. If parents/guardians wish to opt for private EYE for their children they should be able to do so. EYE should be transformed to a model of education provision which will give children an equal start and address the different roles and needs of childcare professionals, providers & parents/guardians.  I know that this means significant additional investment, but without this where will we be?

Currently, there is a pay crisis in the sector with 61% of professionals earning below the notional living wage of €12 per hour. Separately Providers are struggling with sustainability. You cannot have consistent high quality without paying for it and you cannot have affordability  for parents and guardians unless the model is appropriately resourced.  Any proposed universal childcare model would need to have a phased transition involving all stakeholders. Providers, other than community services own existing facilities and these must be utilised and managed in any new system. There is a lot to do but a good start would be a commitment from Government to starting the process.

Politics – gender balance and gender quotas. Are political parties doing enough to encourage and facilitate women who may wish to pursue careers in politics?

Unless we want Irish politics to remain unbalanced and dominated by men for the next 100 years we need interventions to support and encourage women, from all demographics, into politics. Gender quotas may seem like a blunt instrument but what’s the alternative?

The quotas are for candidate selection only, they do  not mean that at least 30% of TDs elected must be female although I believe they should be. I also think that quotas should be introduced at a local level.

Many women are put off by the adversarial nature of politics, the non-family friendly hours and the necessity to be away from home for days on end. The last year has shown us that there are many workable alternatives to  face to face meetings  and Dáil sessions.

After lockdown, a blended approach to political participation would benefit both women and men and family life generally. Other supports such as  the women's caucuses would encourage women’s participation as women generally prefer collaboration to confrontation.

I don’t know if political parties are doing enough to support women once they put themselves forward. I have heard directly from some candidates  that they were left to their own devices, from canvasing to financial supports.

Interestingly as part of the SHE (See Her Elected) Programme, LWL in partnership with 5050 Northwest will shortly be launching the results of research into  this very topic with contributions from female candidates and party members so that should give us a greater insight as to what needs to be done from the party perspective.