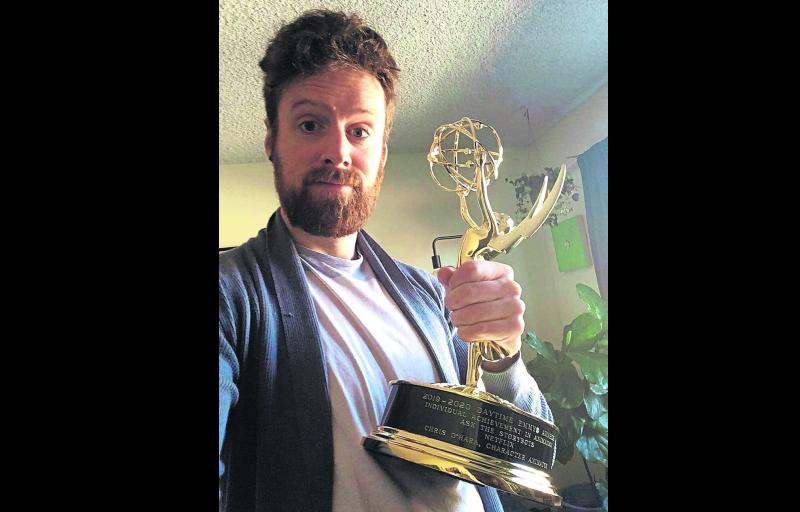 A Longford born animator is celebrating this week after he received a prestigious Emmy Award.

Chris O'Hara was the winner of the day time Emmy Award 2020 individual achievement in Animation for his work on the Netflix series 'Ask the Storybots'.

Due to the pandemic the awards ceremony was cancelled and the winners received their awards by special courier.

Chris, who learned of his success last December, is no stranger to the red carpet.

He was previously nominated for an award for Annie in 2019 for excellence in Animation and he was also part of an Emmy award winning studio.

A former pupil of St Emer's national school and Templemichael College, Chris moved to Los Angeles in 2014 to further his career, having previously worked in studios in Dublin.

Chris, pictured with his award, is currently working with Netflix as head of character design in Animation.