Longford people invited to do Jerusalema for CF 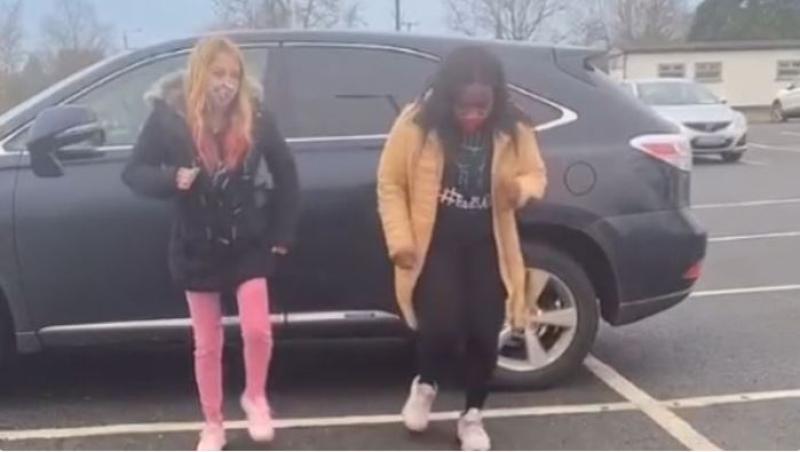 With Covid-19 restrictions putting a stop to the annual Valentine’s Ball for Cystic Fibrosis Ireland, organiser Jillian McNulty has had to come up with more creative ways to raise funds.

Taking inspiration from An Garda Síochána, and teaming up with local councillor, Uruemu Adejinmi, Jillian has put the call out to the people of Longford to get involved in their own Jerusalema dance challenge.

“We’re just appealing to people to get involved with us as with the Valentine’s Ball being cancelled, it’s so important to raise funds and awareness for Cystic Fibrosis, kidney failure and organ donation,” Jillian told the Longford Leader.

A GoFundMe campaign was set up last week to allow people to donate, while a number of locals have already joined Jillian and done their own Jerusalema dance - with videos being shared across social media.

So far, at the time of going to print, €1,200 has been donated via GoFundMe, surpassing the initial €500 fundraising goal by over 50%.

“Thank you to everyone who has donated and gotten involved so far. Cystic Fibrosis Ireland and the Nephrology Unit at St Vincent’s are trule grateful. It’s been a bit of fun in these hard times,” she said.

Cllr Adejinmi has also encouraged people to take part, to bring a bit of cheer to these difficult times.

“Watching the dance video by An Garda Síochána gave me an incredible feeling of pride and gratitude. It brought smiles to many faces in these dark times and is an example of the benefits of diversity,” she said.

“I want to extend my appreciation to all involved in making the video, including the Swiss police that challenged An Garda Síochána.

“I’m very grateful to Jillian for coming up with the idea of including a Longford dance video and to support such a worthy cause is the icing on the cake,” she continued.

“I want to acknowledge Shane Crossan who has graciously agreed to collect the submissions and produce the Longford Jerusalema video.

“I would love to see more video contributions from everyone in our community and I hope my council colleagues and local Oireachtas members will join in and send in their video entries.”

Anyone who would like to get involved should shoot a video of themselves in landscape. Try to film as steady as you can and adhere to Covid-19 restrictions. You can email your video to crossan.shane@gmail.com.

To donate, visit the GoFundMe campaign at https://bit.ly/2ZkIf3s.