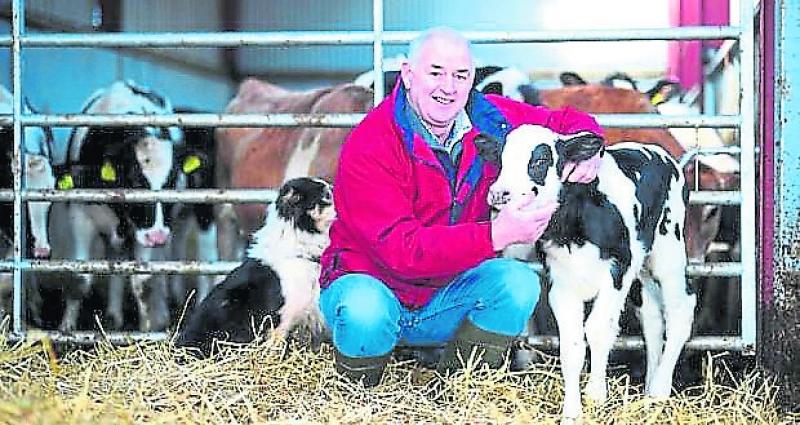 Irish dairy co-operatives and their farm families throughout Ireland answered a clarion call by county Longford dairy farmer Mike Magan to help raise funds for the people of Yemen who are afflicted by war and famine.

The results of that grassroots campaign were revealed on Friday as the leaders of co-operatives from all over Ireland joined ICOS President Jerry Long and Mike Magan in an online ceremony to transfer €190,000 to the Irish Red Cross, represented by Secretary General Trevor Holmes.

Chairman Alo Duffy said, “Lakeland Dairies is proud to have supported this very thoughtful and caring initiative by one of our own dairy farmers and we are very grateful to our milk producers for their kindness and support, which has contributed to this great good achieved by the dairy farmers of Ireland.”

An additional €100,000 was also donated by other companies and individuals in the dairy supply chain in support of the initiative.

As a milk producer, Mike Magan had described his feelings on seeing the dreadful plight of children and families in Yemen.

He proposed a grass roots initiative asking each of Ireland’s dairy farmers to donate the equivalent of one day's milk from a cow to the Red Cross for its work in Yemen. Irish farm families and their dairy co-operatives responded immediately.

Mike Magan said, “I’m humbled but not surprised by the wonderful response of the dairy farming community and others who have donated to this cause. We live in a land of plenty, and have very significant resources. While our country currently has its own major health crisis, the crisis in other countries is magnified a hundredfold, so I thought why not share some of our good fortune.”

He added, “I’ve been blown away by the response and I send my warmest appreciation to farmers, co-operatives, members of the public and everyone who has supported this call”.

Pressing the button for the transfer of €190,000 to the Irish Red Cross, ICOS President Jerry Long said, “This is a very significant gesture of solidarity by the dairy farmers of Ireland, along with their co-operatives and milk purchasers, to recognise and respond to the plight of those significantly less fortunate than ourselves.”

“The inception of this initiative comes down to the passion of one man, Mike Magan, who reached out to ICOS among others, with his idea to respond to a shocking human tragedy that was emerging in Yemen. Its success was then assured as co-op leaders and farm families across the country responded magnificently, each using methods appropriate to their own structure, to raise the necessary funds.”

Mr Long continued, “It’s important to acknowledge the fruits of the campaign, and to thank the farmers of Ireland, and their co-ops and milk processors, for responding so generously and we are privileged to make this donation on their behalf to the Irish Red Cross, which carries out immensely valuable work in the interests of humanity.

“Dairy farmers and our industry represent an enormous force for good, generating sustainable livelihoods for tens of thousands of families in the rural and sometimes forgotten parts of Ireland, based on an understanding for the basics of life, of nature, and genuine empathy and human decency.”

“I pay tribute to all dairy farmers, Mike Magan, the Irish Red Cross, all contributors and everyone who has put their shoulder to the wheel behind this initiative,” concluded Jerry Long.