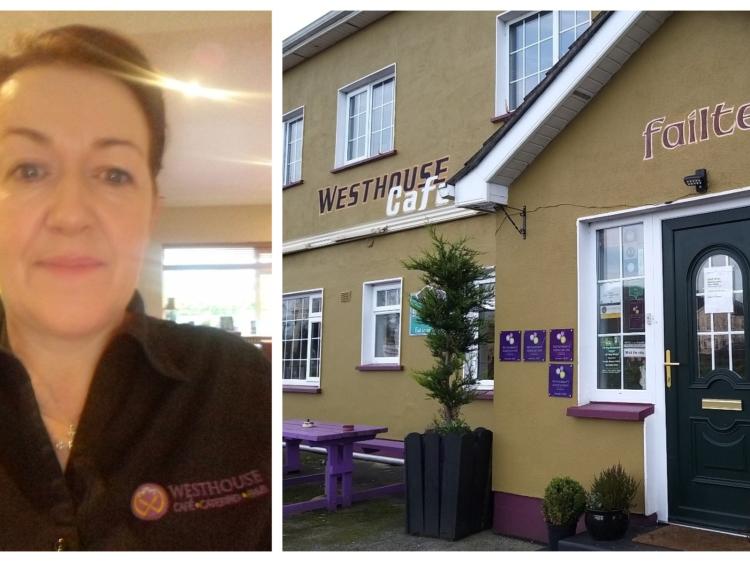 Freda Farrell, owner of Westhouse Café, Longford, whose quick thinking and CPR skills saved the life of a baby girl

The quick thinking and swift actions of a Longford woman who performed CPR during an emergency at her business has helped save a baby girl’s life.

Freda Farrell, owner of the popular Westhouse café and B&B on the Strokestown road on the outskirts of Longford town, described the chilling moment when she ‘heard screams coming from the downstairs accommodation’ and as she entered the hallway “to find parents of a month old baby deeply distressed and screaming ‘she’s gone’.”

The couple moved into the B&B last October and their baby girl was born in January.

Recalling the frightening incident, which occurred on Monday, February 1, Freda explained, “Their baby had gone blue and stopped breathing, I was told the baby has a leaking heart valve.”

It was at this stage that Freda’s CPR training came to the fore. "I took the baby from dad’s arms, and was aware someone had already rung for an ambulance. I lay the baby on the bed in her parent's room. It is advised that you perform CPR on a flat surface, but she was so small."

Freda, who worked in St Joseph's Care Centre, Longford in the 1990s for seven years, remained calm and held her nerve, and proceeded to introduce air to the baby’s lungs. “I blew three little light breaths into her mouth. I could see her tiny chest rise.”

Running on adrenaline, Freda then performed CPR by pressing two fingers into her chest. She revealed, “I worked on the baby for fifteen minutes and she very slowly responded.”

Mightily relieved to see the baby respond and let out a cry, Freda said the ambulance crew arrived and the baby was taken to hospital where she spent a week in the intensive care unit.

“We were all praying for her, and we were delighted and relieved to hear that the baby is no longer critical, she is much improved and can breathe without oxygen.”

Highlighting the importance of CPR training, Freda reflected, “I updated my CPR in early 2020 with Tia Anderson and Longford Community Cardiac First Responders and thankfully part of that training was CPR on a baby.”

Freda concluded by wishing the parents and their baby girl, every good health and happiness. “It is a huge shock when it happens. I’m relieved and delighted for the young family, and most importantly, the baby is improving.”