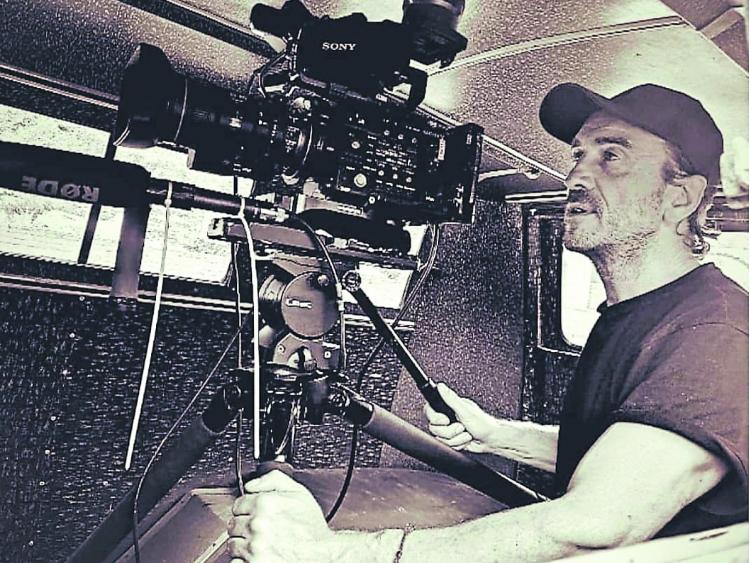 Above: Oliver Durkin from Clonfin, writer and director of the first feature film by Nodrum Limited entitled Bare Transit.

The film set in India, follows the journey of a 23 year-old yoga teacher as she returns to visit the mother of her dead boyfriend to confess a secret.

The film charts a three thousand mile journey from the Himalayas in the north of India, through the centre of the continent, to Goa in the south west.

It was written and directed by Oliver Durkin from Clonfin and co-produced by Andrei Bogdan from Granard.

The film was shot over 6 months on location in India and post produced in Clonfin.

“It was a journey for all of us, in total we travelled about four thousand miles throughout India and Goa, both during the monsoon and the summer heat. Making film is tough work, but we had a great team, both crew and cast and I am very grateful to all. Our Irish post production team are second to none and I am very proud of the job we have done,” explained Oliver Durkin, who has just returned from a month in Mexico on pre production of their next project.

“We are lucky to have several projects in the pipeline, including a film set in Clonfin based around horses.”

Nodrum was established to produce and distribute feature films in addition to investing in social media app development and encompasses an international collective of creative talent.

Oliver Durkin is a published poet and novelist in addition to co-founding the UK's first digital TV media agency Guerillascope.

Guerillascope Ireland specialises in creating Television commercials for brands such as Zip Firelighters in Ireland in addition to managing the media strategy for international brands such as Lycamobile. They are active in nine European countries.

Andrei Bogdan is a graduate of Sligo IT and has a masters in digital marketing and is chief operating officer of Guerillascope Ireland and a well known GAA footballer.

Bare Transit can be seen at www.baretransit.com