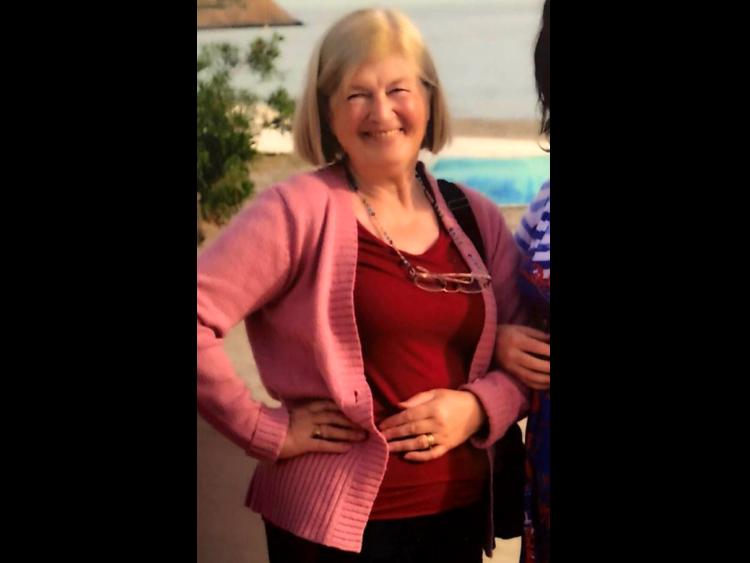 The entire area was shocked and saddened when the news broke of the death on Friday, January 29, at her residence of Mary Conmy, Rathcline Road, Lanesboro, Co Longford.

Mary was predeceased by her father and mother Eddie and Tess Kelly and her sister Imelda.

She was a remarkable lady with an easy-going, laid back nature which was the trademark of her personality.

She had that unique personality that warmed the heart of everyone that met her.

Mary and her husband Frank had a great love of travel and they worked in many countries before settling back in Lanesboro where they reared their family.

Mary was a nurse by profession and everyone that came under her care remarked of her care and attentiveness.

She was a person with a great character with a wonderful sense of fun and a caring and very thoughtful lady, very compassionate and she greatly affected everyone that had the pleasure to come to know her.

She was a wonderful and loyal friend. She was a woman that loved gardening, reading and most of all read all the latest in medical science for which she had an insatiable desire for more and more knowledge.

One of her greatest pleasures was to stroll along the Shannon banks as she made her way for her Sunday paper.

Mary’s passing was mourned not only in the local community but worldwide where she left an indelible mark. Mary will be deeply missed.

Mary’s remains were removed from her residence to St Mary’s Church on Sunday, January 31 for her Funeral Mass. Following Mass, she was laid to rest in Clonbonny Cemetery.