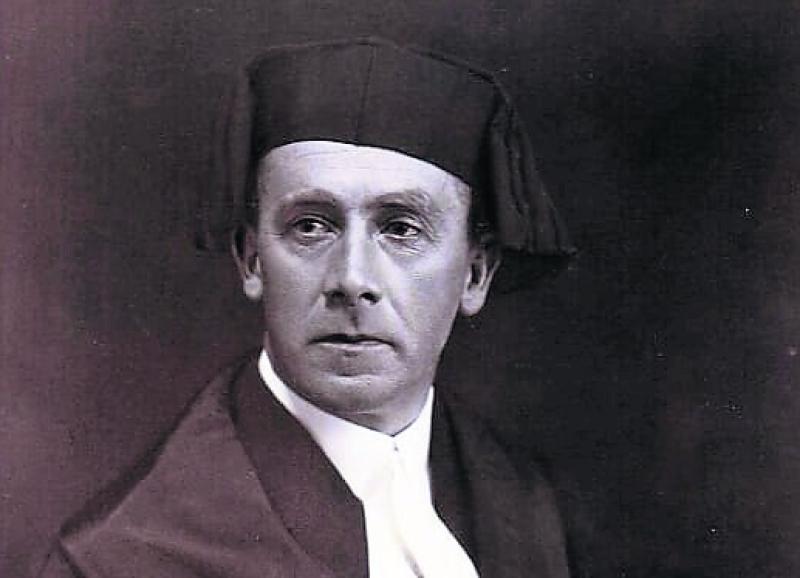 His father Peter Flood and mother Marcella Atkinson had a business at No 1 Main Street, Longford.

Both parents were from the parish of Legan in South Longford.

Joseph Flood first attended St Michael's and then Stonepark where his name appears in Master Quinn's roll book of 1893.
In 1894 he entered St Mel’s College, initially as a day boy, and one year later as a boarder.

Leaving St Mel's College in 1898, the young man decided to become a priest, a tradition in the Flood family.

Little is known about Joseph’s student career in Paris, except that he spent the usual two years studying Philosophy and three years Theology, something which was to have a major influence on his later writings.

About the year 1903, Joseph Flood abandoned his vocation and returned home.

In April 1917 he offered himself as a candidate to replace the late John Phillips as MP of South Longford, he stood aside later in deference to Joseph McGuinness who was duly elected.

He travelled to Indonesia, Genoa, Lisbon and Buenos Aires in the years from 1928 to 1936 according to the shipping records.

In January 1938 at Nenagh court as District Justice he pledged his allegiance to the new Constitution of Ireland which came into force on December 29, 1937.

The Irish Independent of June 14, 1940, describes him, “as handsome debonair Joseph Mary Flood, always a litterateur and a scholar, was for a number of years Hon Secretary of the Catholic Truth Society, while at the same time teaching English and Roman Law at University College Galway.

“A bachelor he found time to make himself proficient at everything he touched. He studied law to practice it as a barrister, teach it as a professor, administer it as a Justice. He has written a score of books, “Cardinal Newman and Oxford” a work of love amongst them. A champion swimmer and walker he is equally ardent a devotee of the arts. The Limerick Municipal Gallery is the finest monument to his taste and civic zeal.”

In June 1946, the Limerick Leader reported that Joseph was presented with a portrait in oils of himself by the people of Limerick for his work in the field of cultural endeavour.

In 1948 a street in the city was named Flood Street in his honour, the same year he was made a freeman of the city.
He married late in life and in 1954, according to the same paper, he visited Limerick with Mrs Flood.

All his life he was a writer, below are listed some of his most important works, some of which are still readily available.

l Ireland: its Saints and Scholars l Ireland: its Myths and Legends
l Cardinal Newman and Oxford
l The Mind and Heart of Augustine, a Biographical Sketch
l Ireland and the Early Church
l Irene; a selection of prose and poetry relating to Ireland
l The Northmen in Ireland
l The sieges of Limerick
l Poets of the Faith

He died on March 15, 1970 at St Joseph’s Nursing home, Kilcroney, Bray Co Wicklow, in his will he bequeathed his estate to his wife.