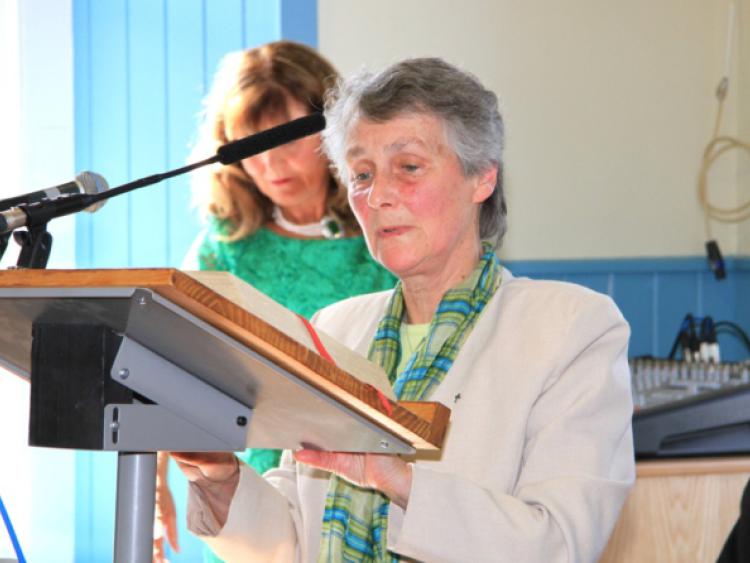 The launch of a unique project entitled ‘A Time to Remember: A Journey of Reconciliation’, by Sr Maeve Brady RSM, will take place online on Wednesday evening, 10 February at 7.30. The event will be hosted by Longford County Library, Heritage and Archives Services and is supported by the Decade of Centenaries Programme.

The Clonfin ambush involved the biggest loss of life of any action in Longford during the War of Independence. Four Auxiliaries died. Francis Worthington Craven, their commanding officer, and John Houghton died at the scene; George Bush died after being transferred to hospital in Longford; and Harold Clayton died in Dublin a couple of days later.

In recent years, Sr Maeve, whose father Tom participated in the ambush, undertook a very personal journey to remember the four. She describes her journey in the video which will be launched.

Speaking about the project, Sr Maeve says, “For a long time, I have reflected on the fact that four young men died as a result of the ambush. I strongly believe that we should remember them. In doing so, we in no way diminish our pride in those who fought for our freedom.”

After the Auxiliaries surrendered, Seán MacEoin, who led the column, spoke with Worthington Craven, who was dying from his wounds. MacEoin promised to have the injured cared for and allow the men to return to Longford.

“The care shown by the column to the men they had just fought was an act of reconciliation, which was unusual in those times. It is a powerful example to us, and we should be guided by it as we commemorate that period in our history,” adds Sr Maeve.

Recently, President Michael D Higgins has spoken about the importance of ‘ethical remembering’ and this project is very much in keeping with that idea.

“It is important to acknowledge all the casualties of the war, no matter what the circumstances of their deaths,” reflects Sr Maeve.

The launch of ‘A Time to Remember’ will be performed by Aughnacliffe native Dr Suzanne Mulligan, who lectures in Moral Theology in the Pontifical University, St Patrick’s College, Maynooth. If you would like to receive the link to join the event, please email decadeofcentenaries@ longfordcoco.ie or ring 043-3341124 for more information.

The presentation will also be made available on the Youtube channel of Longford County Library, Heritage and Archives Services.