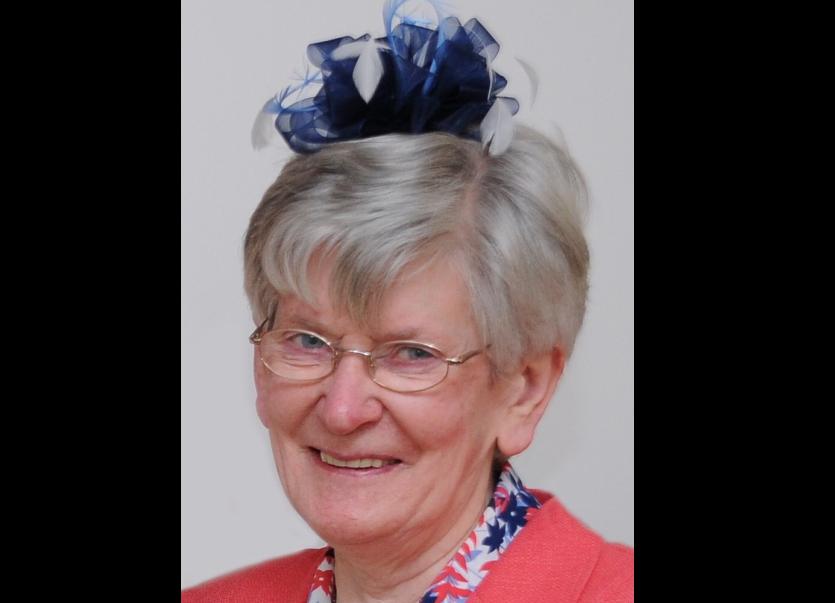 The area was saddened when news broke of the death of Mrs May Mc Caughey, Farrangarve, Arva, which occurred on Wednesday, December 23, 2020 at Cavan General Hospital.

May was born on May 12, 1938, the first child of Michael and Annie Denning, Billis, Virginia, Co Cavan. She received her primary education at Correagh National School and her secondary education at St Louis Secondary School, Carrickmacross, where she achieved the Intermediate Certificate in June 1955.

In the same year she enrolled for a one year course in Business Skills at Rosses Commercial College, Stephens Green, Dublin. In 1956 she took up a job with the Shamrock Fruit Company in the Dublin Fruit & Vegetable Market where she continued to work for 14 years.

She met the love of her life Frank McCaughey in 1971 and they married the same year. She moved to live in Arva and shortly afterwards took up a post with Gerry Ellis & Sons, Fruit and Vegetable Company, where she worked for 45 years and was involved in the development of the company from a two person operation to the current successful enterprise that is Fresh Today Supermarkets.

May loved children and in her early days her favourite pastime was baby-sitting for her friends and neighbours. She acted as Baptismal sponsor for many of them and could remember all of their birthdays. She was a devoted family person and so it was no wonder she was so happy when Fidelma and Francis came into her life.

Her remains were removed from Lakelands Funeral Home, Cavan to the Church of the Sacred Heart, Arva on Saturday, December 26 for concelebrated Requiem Mass. Her cousin Fr Patrick Farrelly was the main celebrant assisted by Fr Donald Hannon C.C. Arva. Burial followed in Coronea Cemetery.

May’s friends and neighbours paid tribute to her by standing along the route as her remains passed by. A Guard of Honour by staff from Gerry Ellis & Sons, Fresh Today accompanied the remains from their stores to the church as a mark of respect for her many years of unstinting service to the company.

Due to Covid-19 Government restrictions the attendance at the funeral Mass was limited to ten people. The Mass was live streamed on the internet and was viewed by family members in the US and Australia.

May was predeceased by her husband Francis J Mc Caughey, her parents Michael and Annie Denning, brother Dessie and sister-in-law Maura. She is survived by her daughter Mrs Fidelma Leech in Dublin, son Francis in Dublin, grandson Alan, brothers Michael in Enaghan, Sean and Brendan in Billis, son in law Graeme, sisters in law Ann and Kathleen, nephews and nieces Fiona, Ronan, Dara and Claire. Bernadette, John, Damien and Paul, Raymond and Garry, relatives and many friends, to all of whom we extend sincere sympathy.